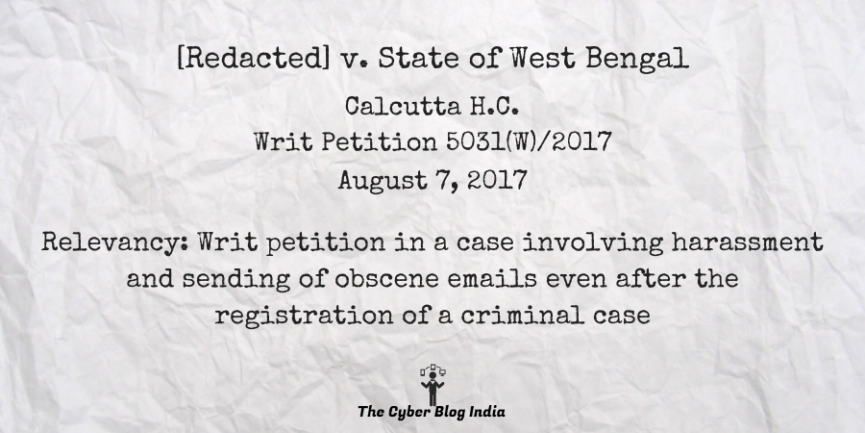 Relevancy of the case: Writ petition in a case involving harassment and sending of obscene emails even after the registration of a criminal case

As per one of our guidelines, we have removed the petitioner’s name from the case title. This guideline is available here.