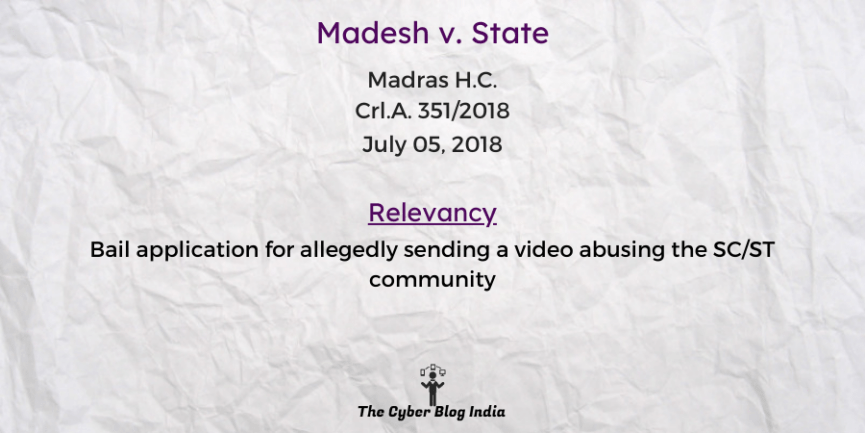 Relevancy of the case: Bail application for allegedly sending a video abusing the SC/ST community.