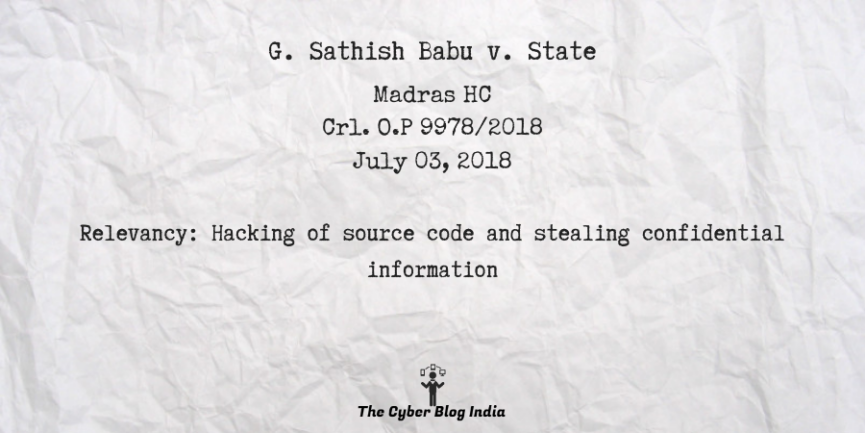 Relevancy of the case: Hacking of source code and stealing confidential information