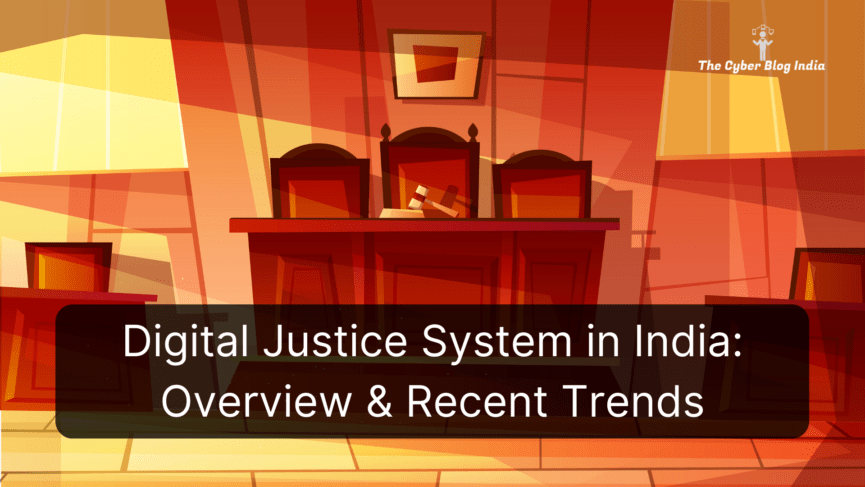 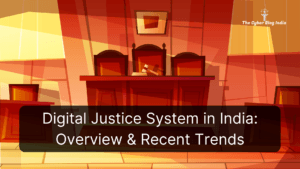 Back in 2005, the need for re-engineering the processes of Indian Judiciary was felt in order to make optimum utilization of the human resources and to change the system of data management by utilizing Information and Communication Technology (ICT) to its fullest extent. It can’t be denied that justice should be accessible, affordable, cost-effective, accountable and transparent. Therefore, ICT was regarded as a major weapon which could enhance the productivity of the Indian Judiciary. Hence, the then Chief Justice of India, Yogesh Kumar Sabharwal, made a proposal for the constitution of an e-committee which would assist him to formulate a policy on digitalisation of the Indian Judiciary and advise him on matters related to technology, communication and data management. The e-committee accordingly prepared a report on ‘Strategic Plan for Implementation of Information and Communication Technology in Indian Judiciary’ in the same year. The report had detailed discussions with research and development experts and service providers to ascertain the status of technology in the present times and its advantages in the proceedings of the court, availability, security, implementation, and support systems.

The proposal was to implement the plan in three phases over a period of five years. The main objectives of the plan were to provide assistance to judicial administration in streaming the day to day activities, to help in reducing the pendency of the cases, to ensure transparency of information and make the judicial databases accessible to the judges. However, it remained questionable whether the implementation of this plan would be able to take place in a proper manner or not.

A necessity was felt to avoid delay in the process of serving and consequent piling up of arrears. Hence, the facility of serving court notices through e-mail was extended in addition to the normal modes of services existing in the Supreme Court Rules. This basic facility which should have been promulgated in 2005 itself, was initiated in a case of 2010 despite the period of 5 years that were allotted for the purpose of digitalising justice delivery system.

2. Recording of Statement through Skype

In the case of Dasam Vijay Rama Rao (2015), the High Court of Telangana held that the family courts are justified in seeking the assistance of a lawyer who would provide the necessary Skype facility in any particular case. The parties were therefore permitted to be represented by a practitioner who can bring a mobile device through which the parties staying abroad can be enquired about the free will and consent besides being identified by the family court. This facility would reduce the litigation costs and save the valuable time of the court, thereby ensuring speedy justice.

In the case of State of Maharashtra v. Chandrabhan Sudam Sanap (2018), the High Court of Bombay recognized the significance of taking evidence through video conferencing by describing the process of taking evidence via electronic means and explaining it further:

“The accused and his pleader can see the witness as clearly as if the witness was actually sitting before them. In fact, the accused may be able to see the witness better than he may have been able to if he was sitting in the dock in a crowded courtroom.”

Hence, the objective of Section 273 of the Code of Criminal Procedure, 1973 viz. that the evidence be recorded in the presence of the accused was also satisfied. It was also added that the facility of playback would give an added advantage whilst cross-examining.

Considering that we are still exploring the possibilities of a digital justice system in India, it is clear that the 2005 proposal was not implemented in the manner it should have been. A major development on this subject-matter came in the case of Shafhi Mohammad v. State of Himachal Pradesh (2018)  The main issue, in this case, was the admissibility of electronic evidence. After the landmark judgment of Anvar v. Bashir (2014), the requirement of a certificate under Section 65B(4) of the Indian Evidence Act, 1872 was made mandatory stating the reason that the special law prevails over the general law and subsequently, it was relied upon extensively in many cases brought before the honourable Supreme Court and the High Courts.

The division bench, in this case, stated that the requirement of a certificate under Section 65B (4) was procedural and not mandatory. The matter was regarding the use of videography in the investigation process. It was already recognized in previous cases that statements could be recorded via Skype and video conferencing could be done in criminal trials, etc., but its significance in the investigation and other wings of the justice delivery system was not yet explored. The mandatory requirement of certificate for the admissibility of electronic records as evidence was the main concern prohibiting the optimum utilization of electronic means in the justice delivery system because a person who is not in possession of the device from which the electronic evidence was produced wouldn’t be able to produce such certificate. Hence, it was held that

the requirement of certificate is procedural and can be relaxed by Court wherever the interests of justice so justify.

Apart from this major relaxation of mandatory certificate requirement promoting the use of videography in the investigation, the Supreme Court ordered the Ministry of Home Affairs to set up a Central Oversight Body (COB) who would prepare a centrally driven action plan and to implement the use of videography in the investigation. The funding of the project would also be initiated by the Centre, though law and order is a state subject. A remarkable part of the judgment was that CCTV cameras were ordered to be installed in all police stations and prisons to check if there was any human rights abuse taking place. The compliance of the instructions would be ensured by the Secretary, Ministry of Home Affairs in the Central Government and Home Secretaries in the State Government. This was a major step taken by the Supreme Court for encouraging the digitalisation of the justice delivery system and making rules to ensure that the implementation takes place in a prudent manner.

After the global pandemic hit India in January 2020, we have witnessed that the courts had no other way but to hear cases through video conferencing. It is a sad reality that it took us a global pandemic to realise the importance of a digitalised justice delivery system, though the e-committee for its implementation had been formulated long back in 2005. Had it been implemented according to the plan of 2005, the advocates, judges and other officers of the judicial system would have adapted to the digitalised system by now, and more cases would have been dealt by the Indian Courts.

However, complete digitalisation of the Indian Judiciary would have some loopholes which need to be noted before talking about the digitalisation of the justice delivery system. In a recent webinar, Hon’ble Justice D Y Chandrachud who is the head of the e-committee of Supreme Court said that “Virtual courts can’t fully displace open court hearings.” In some sensitive cases where the court needs to check the demeanour of the accused or the witness (including their body language and the way they react to the questions being asked to them during cross-examination) before pronouncing the judgment, it won’t be possible for the judge to perceive those behavioural aspects through video conferencing. Though lawyers are prone to adopting the changes in the legal system as they came, it can’t be denied that many advocates need to be trained. According to Justice Chandrachud, we have to be conscious to impart training to those lawyers who might not be well-equipped with technology. The digitalised justice delivery system has also opened gates of criticism related to privacy, the answer to which has also been provided by Justice Chandrachud. There is an aspect of Case Information Software which enables the hiding of names of parties in sensitive cases ensuring that the privacy of the parties is maintained. Also, it shall be noted that since time immemorial, the system of open courts has been prevailing in India and it is perfectly within the discretion of the court whether to disclose any information or not.

Justice Chandrachud also mentioned about some initiatives which are being worked upon such as the Inter-Operable Criminal Justice System (ICJS) which would be a single platform where all the metadata would be available and the National Service and Tracking of Electronic Process (NSTEP) to address the delay due to non-service of the summons along with a system for e-payment of court fees, court deposits, etc. The main aim of the ICJS is to bring an online Integrated Management Information System by connecting the data from police, prisons, forensic laboratories, and courts for ensuring speedy justice. The time taken in the exchange of paper-based documents will be saved and such a system will provide instant access of data to the stakeholders. Apart from this facility, NSTEP is an Android-based application which would be useful for the bailiffs. The step by step procedure to operate the application has been given in the user manual of NSTEP.

The deployment of e-courts was an immediate decision taken by the Hon’ble Chief Justice of India, S A Bobde, to keep “access to justice” functional and meet the exigencies. Though the courts took small steps initially towards making it a digitalised justice system, but the pace at which people are adapting to the change is commendable. However, the will of the government to invest a huge amount in making the digitalisation successful remains to be a major concern. Another aspect which is yet to be explored is whether the digitalisation of the justice delivery system would snatch the employment opportunities generated by the Indian Judiciary or generate even more opportunities for the individuals involved.