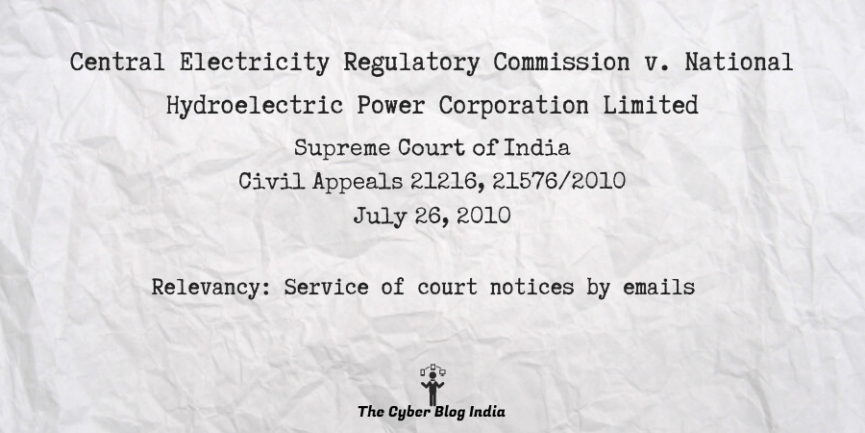 Relevancy of the case: Service of court notices by e-mail