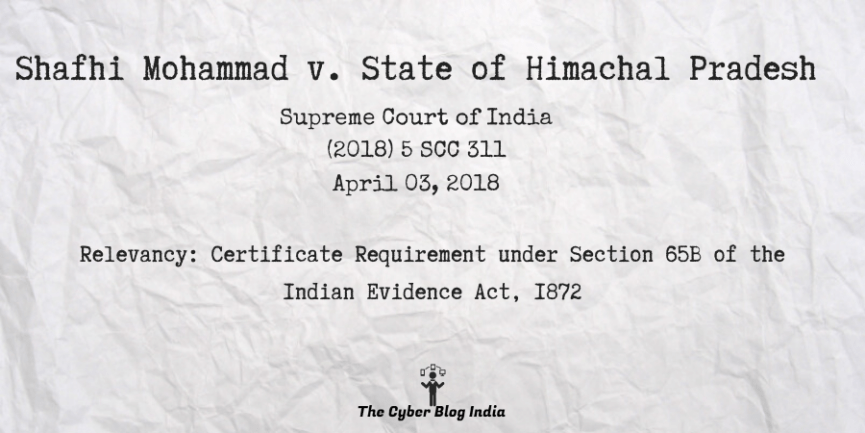 Relevancy of the case: Certificate Requirement under Section 65B of the Indian Evidence Act, 1872