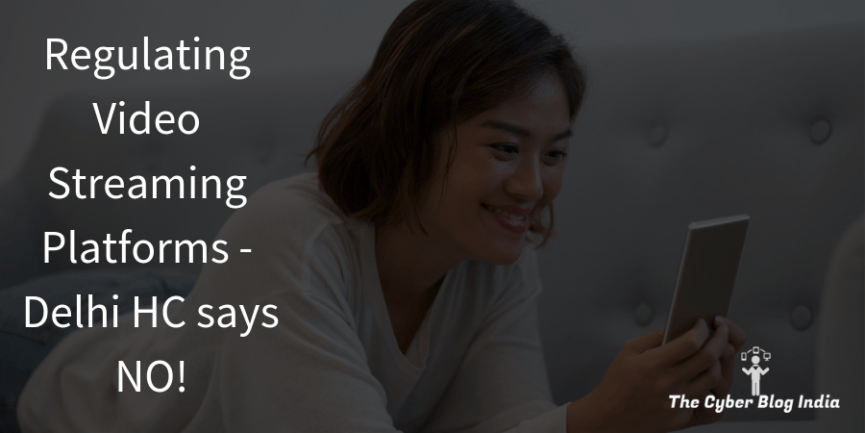 In recent times, people in India have started exploring new sources of entertainment. In proportionality to the deduction of the internet charges in India, more and more people of the country have received access to the web at a cheaper affordable price. The launch of Jio eventually led to internet prices of all service providers taking a significant downfall. 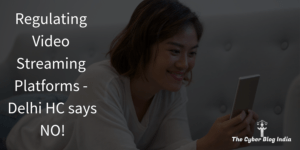 Earlier, the most viewed sources of information and entertainment were television channels and movie theatres, which were censored by the Censor Board of Film Certification (CBFC) under Ministry of Information and Broadcasting, Government of India. Tables have turned and with an increasing penetration rate of internet users in India, online media streaming platforms are easily accessible via mobile phones. Since 2015, these platforms have seen a boom in the viewership once they were launched in India. Video streaming platforms such as Netflix, Amazon Prime, Hotstar, ALT Balaji, etc. provide a subscription to view video content on their websites and apps.

According to a statistical report on First Post, there has been a 58% increase in the viewership of online media streaming from the year 2016 and on an average, Indian people spend eight hours and twenty-eight minutes watching videos online on the above-mentioned platforms. With this increase in the viewership, concerns related to the content available on online media streaming platforms have also increased as it is uncensored. For many, it became a matter of great concern after the release of web series like “Sacred Games”, “Game of Thrones”, etc.

Regarding this concern, an NGO – Justice for Rights Foundation approached the Delhi High Court for seeking a plea to regulate the content that is available on these online media streaming platforms. The NGO alleged that these platforms show uncertified, vulgar, pornographic, profane, morally unethical and sexually explicit content”, which is unregulated and uncertified for public viewing.

The NGO had claimed that web series such as “Sacred Games”, “Game of Thrones” and “Spartacus”, shown on Netflix, contain content that is morally unethical and they depict women in objectifying manner. This could showcase and impact the thought of youth. According to statistics on Statistica, the majority of users of online media platforms lie between the age group of 18-34 years. The NGO pleaded to the court to direct the Ministry to frame guidelines to regulate and certify content available on these online media platforms and remove the legally restricted content with immediate effect.

The court had informed the NGO that it will not issue a notice to online media streaming platforms; the court would only seek the government’s response on the matter. Vikram Jatley, the standing counsel for the Central Government, said that the content on the online media platforms is not being regulated by the Ministry. A two bench judgment consisting of Chief Justice Rajendra Menon and Justice V K Rao rejected the petition after Mr. Jaitly submitted to the court that online media platforms do not require to obtain any license by the Ministry of Information and Broadcasting.

So, for now, the stand taken by the High Court is clear – no license means no regulation. With the upcoming general elections and the winter session of the Parliament getting completed on February 13, 2019, it does not seem that either the Parliament or the Ministry is going to deal with this issue. Or in other words, the viewers can watch content on online media streaming platforms without any restrictions – for at least 6-8 months.