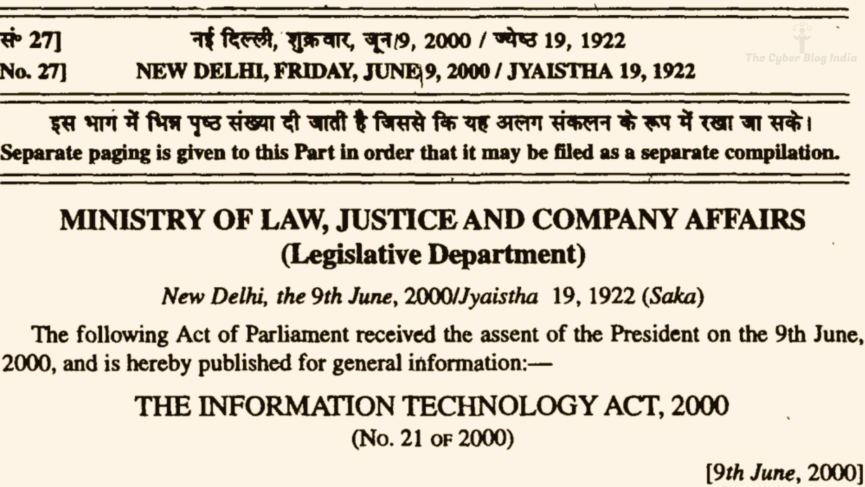 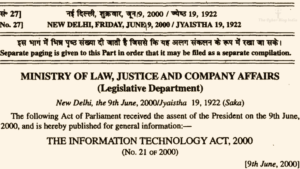 The last hundred years have seen rapid developments in science and technology. Information technology started gaining prominence in the 1980s and 1990s. The Opposition and trade unions resisted the shift as they feared the loss of employment opportunities. One report documented that this approach was different in the wake of technological revolution across the globe. Post the second industrial revolution, international trade became highly dependent on technology.

Further, the third and fourth industrial revolutions were based on information technology and digitalisation. Above all, the emergence of the internet intensified competition in the international market. With such advancements, India could not refrain from adapting to changing circumstances. In this article, we look at the journey of how the Information Technology Act, 2000 (“Act”) came into existence.

Computer Revolution in the 1980s

After Rajiv Gandhi became India’s Prime Minister in 1984, the Computer Revolution was a key highlight of his ambitious plan. Subsequently, his government reduced import taxes and duties for computer systems and related accessories. Computers made their way to factories, banks, offices, schools, and homes with the help of an increased push by the government. There was initial resistance; however, there were more than 1,00,00 computers in India by 1989.

The 1991 Economic Policy had three main components: globalisation, privatisation, and liberalisation. With the help of a liberalised economy, India’s interaction with countries around the globe increased. As a result, an inflow of technology started happening in the country. In the same year, India launched its Super Computing Programme. These changes also fueled the development of software development companies in India.

International trade was no longer confined to papers, and technology introduced new ways of doing trade and commerce beyond geographical boundaries. As the world realised the need for recognising e-commerce, UNCITRAL stepped up. The UN Commission on International Trade Law (UNCITRAL) adopted the Model Law on Electronic Commerce in 1996. As of today, 78 states and 157 jurisdictions have adopted this model law. In June 1998, UNCITRAL revised the Model Law and added Article 5 bis. The objective of this law was to:

UNCITRAL has further introduced the Model Law on Electronic Signatures (2001) and the Convention on the Use of Electronic Communications in International Contracts (2005). However, India has not been a party to these model laws.

India is a dualistic state, which means that international conventions and treaties must be ratified in municipal laws. VIIth Schedule and Article 246 in the Constitution provide the Central and State Governments authority to make laws on various subject matters. In addition. Article 253 gives special legislative power to the Central Government for fulfilling international obligations and commitments. Moreover, Article 51(c) places a duty on the State to respect international law. Initially, the Ministry of Commerce had drafted the Electronic Commerce Bill, 1998. After subsequent revisions, it was laid on the table as the Information Technology Bill, 1999 (“Bill”).

Pramod Mahajan, the then Minister of Information Technology, moved the Bill in the Lok Sabha on December 16, 1999. Thereafter, the Lower House gave its nod to the Bill on May 16, 2000. The Upper House passed it on the next day through a voice vote. Afterwards, it received the Presidential assent on June 09, 2000.

During his address to the Lok Sabha, the then Minister highlighted the main objectives of this Bill. These objectives were to:

In his speech to the Rajya Sabha, he threw light on the need for a law on information technology. The following points summarise the debate in the Upper House.

The debates in Lok Sabha and Rajya Sabha indicate that introducing this law was the need of the hour. However, it would be unreasonable if we rule out international obligation as one of the reasons behind the introduction of the Bill. A news article dated May 16, 2000, on rediff.com details how Indian lawmakers have approved the IT Bill amid pleas to go slow. While the then Minister himself agreed that there might be some flaws, we have only seen a single major amendment in 2008. The effectiveness of this Act is a discussion for some other time.

One Comment on “How did the Information Technology Act, 2000 come into existence?”