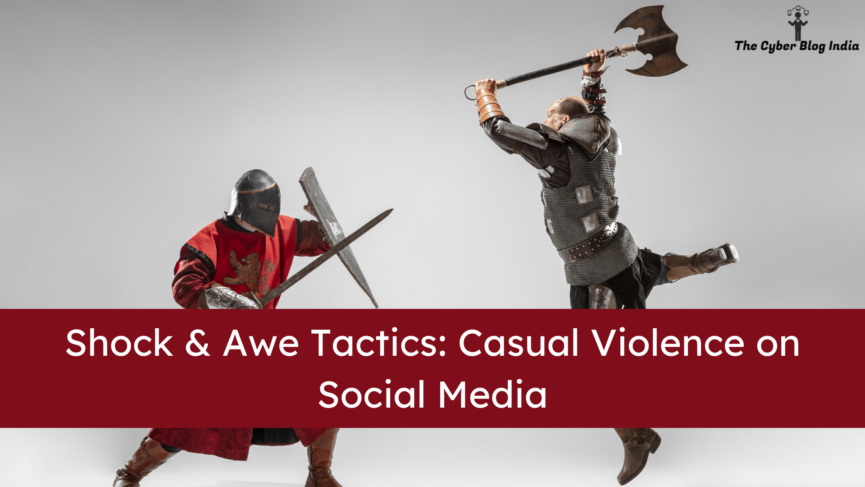 Violence today is nothing but a manifestation of anger, ego, deceit, and greed. The intention of any violent activity is to cause hurt. In the recent past, we have heard and read about many cases where individuals of all age groups have indulged in violent activities. The reason for the same can be directly linked to the kind of content they watch online. One can debate that merely watching these acts online is not enough to make a person violent. This argument can be partly true, but do we need this type of content on social media platforms anyway?

Trigger Warning: This article contains links to the content that is violent in nature. Reader discretion advised.

Let’s take the example of Gautam Buddha. He was kept within the four walls of his palace as a boy until he insisted that he wanted to know about the outside world. As he went out, he came across a new environment where people were suffering, old, poor, and dying. Inside the palace walls, he had not seen this at all.

Does this type of content play a role in today’s youth developing violent behaviour?

Relevance of the Neutralisation Theory of Crime

This theory talks about the acceptance of criminal activity in society. It says that when criminal activity is seen as acceptable in society or the effect of which has been neutralised, it starts to gain momentum as normal. Similarly, our present generation is exposed to violent content to the extent that some may begin to think of this as normal. We are sure you would have come across incidents where pedestrians are more interested in recording the act instead of helping or probably saving an individual’s life.

This video is about a violent act committed by the family members and relatives of a patient. The patient was suffering from Septicemia. As soon as they came to know that the patient had died, they ransacked the private hospital and damaged its property on the afternoon of April 27, 2021. However, it was later known that the patient was alive, and the news was nothing but a rumour.

This video is related to an incident in Chhabra, a town in Rajasthan’s Baran district. Three young men stabbed the victim over a minor argument. On April 10, 2021, this incident took place and led to a major communal tension on the next day itself. Several vehicles and shops were burned down.

The third video shows the cruel and unkind behaviour of two Indore police constables. In this video, they are seen beating a 35-year old man for not wearing a mask. As per COVID-19 guidelines, wearing a mask was mandatory in the city. As per an official statement issued later, they were suspended.

This video is from Kanpur, Uttar Pradesh, where the general public brutally thrashed the police officials in anger. The anger was primarily due to the inaction of police officers as a girl was raped in a private hospital where she was admitted as a patient. Due to this incident, five police officers were badly injured.

In this video from Rajendra Nagar, Pune, a person crushed his neighbour over a small conflict. The CCTV cameras installed on the premises recorded the entire incident. The footage shows that this person beat his neighbour 10 times, and others had to intervene to save the victim’s life.

These are just five instances, and they are not even the tip of the iceberg. There are thousands of videos out there from across the country. Do we need these videos on social media platforms that users often browse through casually? Do we not have sufficient laws to take down such content? Is it enough for social media platforms like Facebook or Instagram to show a trigger warning?

If we look into the laws focusing on violent content on social media platforms, the chances of actually finding relevant laws are almost zero. However, the situation seems to have improved slightly after the introduction of the Information Technology (Guidelines for Intermediaries and Digital Media Ethics Code) Rules, 2021.

In this guideline, Part I(b) of the Schedule states that an online content curating platform should classify the content if it is of violent nature. It is safe to infer that violent content has to be treated differently. Its moderation/regulation cannot be the same as the content you would usually encounter on social media platforms. Further, Part II(c) expects online content curators to give a higher classification level when a piece of content portrays potentially dangerous behaviour. As per Part II(g), decisions related to content classification must consider the degree and nature of the work. For example, this can cover instances where:

Rule 45 of the Norms of Journalistic Conduct mentions that violence shall not be glorified. It specifies that media must not post any content that glorifies violence, such as photos and videos.

Facebook’s Community Standards specify that the platform does not tolerate content that glorifies violence in any way. 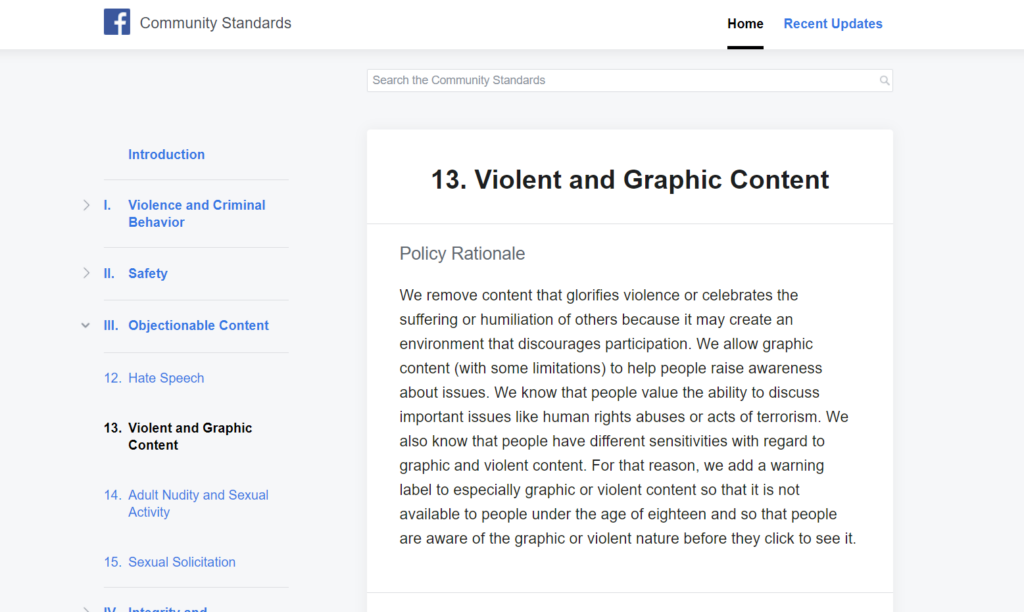 Instagram’s Community Guidelines are on similar lines as Facebook, and the platform may remove videos/images of graphic violence. 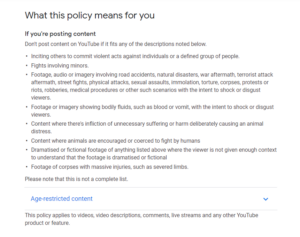 Content regulation and the right to freedom of speech and expression are two issues that will continue to remain at loggerheads. While Indian law explicitly grants this right as a fundamental right under Article 19(1), content moderation will never be easy. As a reader and fellow internet user, you may argue in favour of one issue over another. However, one must consider that everybody uses social media – irrespective of their age and gender. There is no denying that minors are more vulnerable than adults and their minds are still malleable. Coming across violent content regularly can have harmful effects on a child’s mindset and how they perceive violence. As we conclude, we hope that platforms will improve their reporting mechanisms, and their algorithms will continue to get more efficient in detecting violent content.