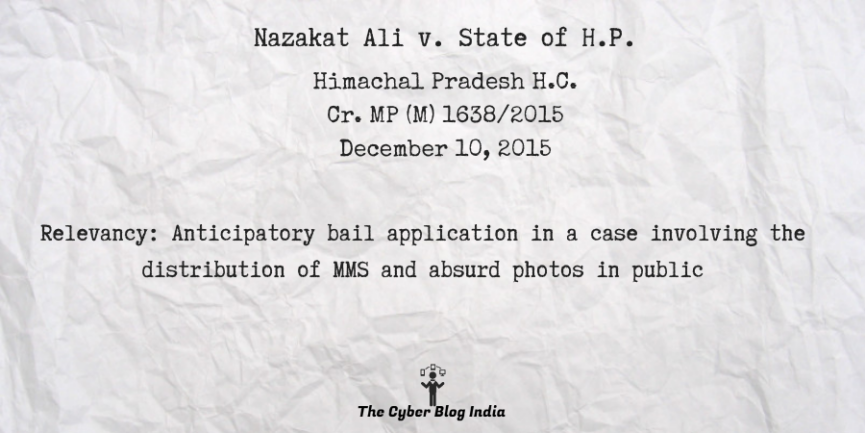 Relevancy of the case: Anticipatory bail application in a case involving the distribution of MMS and absurd photos in public