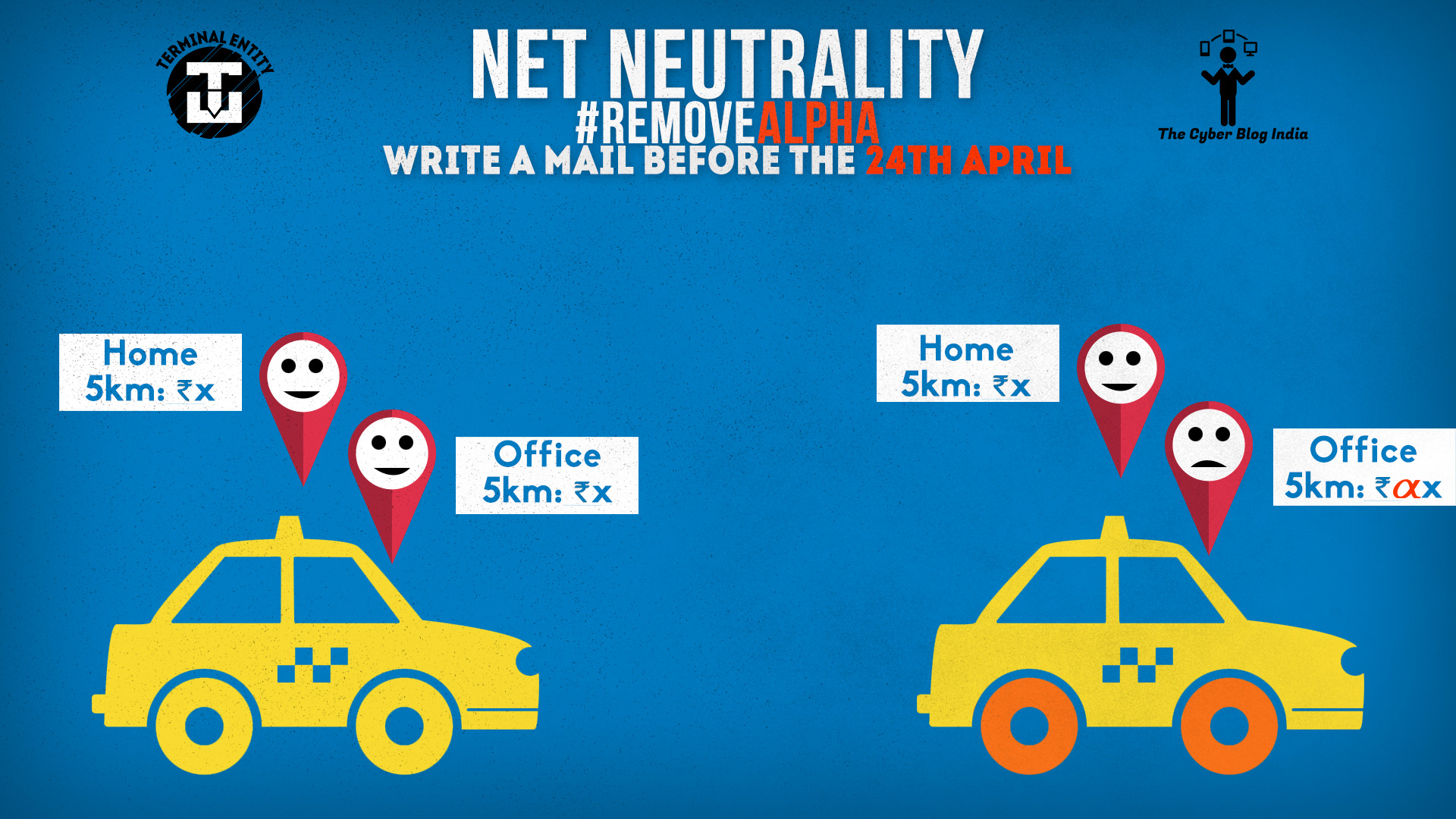 Net neutrality has been one of the biggest questions in the recent times as far as the United States is considered. If you are updated, US got its net neutrality rules approved by the Federal Communications Commission (FCC) which is something like TRAI is in India. How it was dealt with in the US was very effecient where public discussion played a vital role. More importantly the public was aware and had opinions about net neutrality and there were even protests along with silent voicing of opinion.
Nonetheless, It is now our turn, Indians. Not just to let it happen but to voice our concerns and opinions and make an active contribution.

All you have to do is send an email before April 24th.

For those who don’t know what it is.. 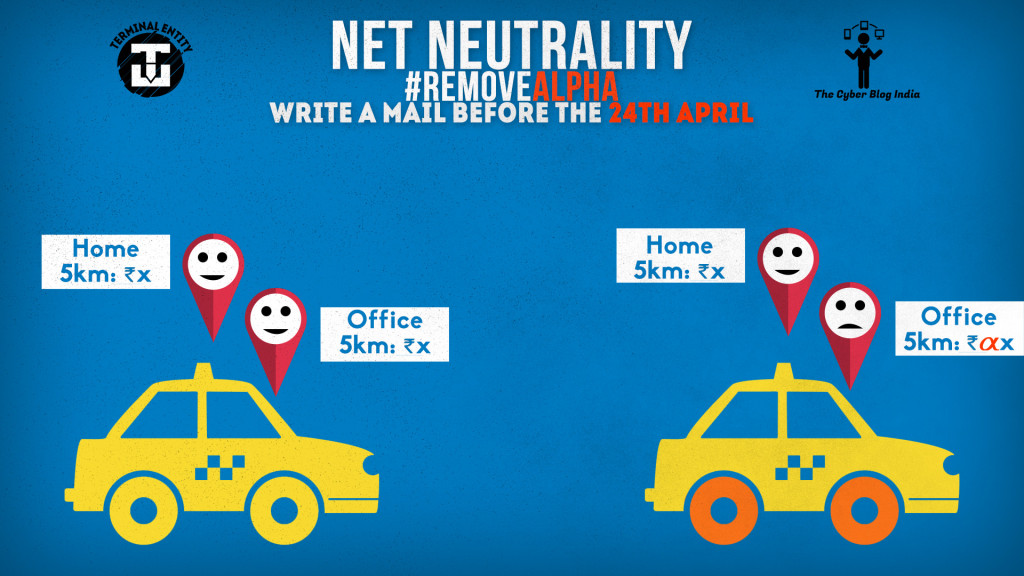 A taxi driver is a taxi driver for you, you tell him the location you want to be dropped off to. He doesn’t say no if you ask him to take you back home or leave you at a shopping mall. The cost is per kilometre and he should treat it like that.
The same is net neutrality. Whoever be your ISP, Airtel, Vodafone, BSNL or any of your local ISPs, they should treat all of your Internet traffic as packets of data. And that’s all, all packets, the same way.
In theory this is also called open internet. According to FCC,
“An Open Internet means consumers can go where they want, when they want. This principle is often referred to as Net Neutrality. It means innovators can develop products and services without asking for permission. It means consumers will demand more and better broadband as they enjoy new lawful Internet services, applications and content, and broadband providers cannot block, throttle, or create special “fast lanes” for that content. The FCC’s Open Internet rules protect and maintain open, uninhibited access to legal online content without broadband Internet access providers being allowed to block, impair, or establish fast/slow lanes to lawful content.”

Coming back to India

India doesn’t have any legislation for the way ISPs need to be treated. We have TRAI and doing the job as yet. Earlier last year there was the whole fuss about Airtel charging extra for VoIP traffic which was quashed very bad and established a precedent, but it is not enough.
As far as net neutrality goes, TRAI has issued a consultation paper on regulatory framework for Over-the-top services (OTT) like Viber, WhatsApp, Snapchat, Hike etc. TRAI has done this to ask for peoples’ feedback. It is focused on OTTS and their licensing and touches net neutrality in a few other questions.
Why you should do something about this is fairly simpler.

What you need to do is just send an email to a TRAI email id. For this whole purpose we would recommend you to go here. (netneutrality.in)

Following is the list of the 20 questions, just in case you need a quick read.