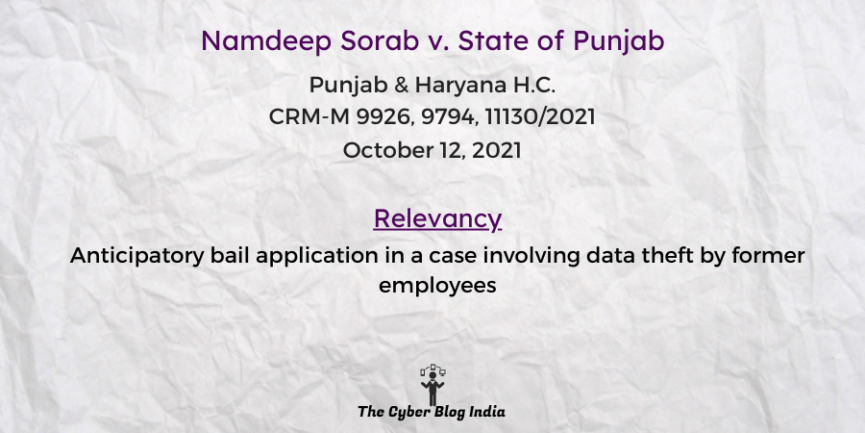 Relevancy of the Case: Anticipatory bail application in a case involving data theft by former employees

Parth Chaturvedi, a graduate of the Faculty of Law at the University of Allahabad, prepared this case summary during his association with The Cyber Blog India in January 2022.