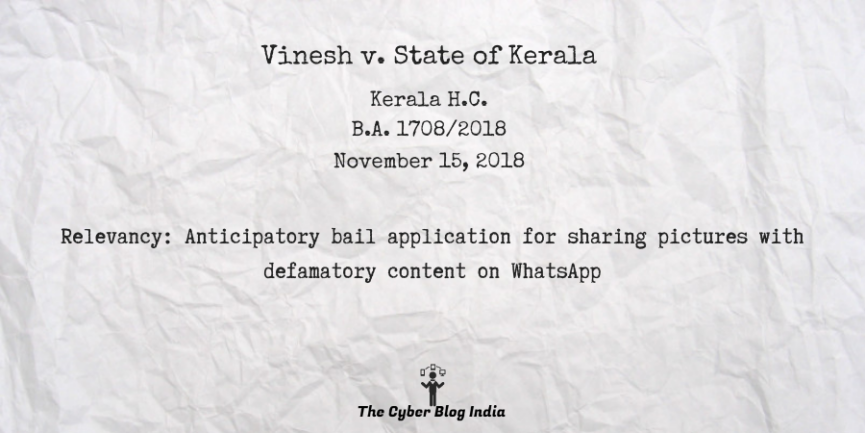 Relevancy of the case: Anticipatory bail application for sharing pictures with defamatory content on WhatsApp