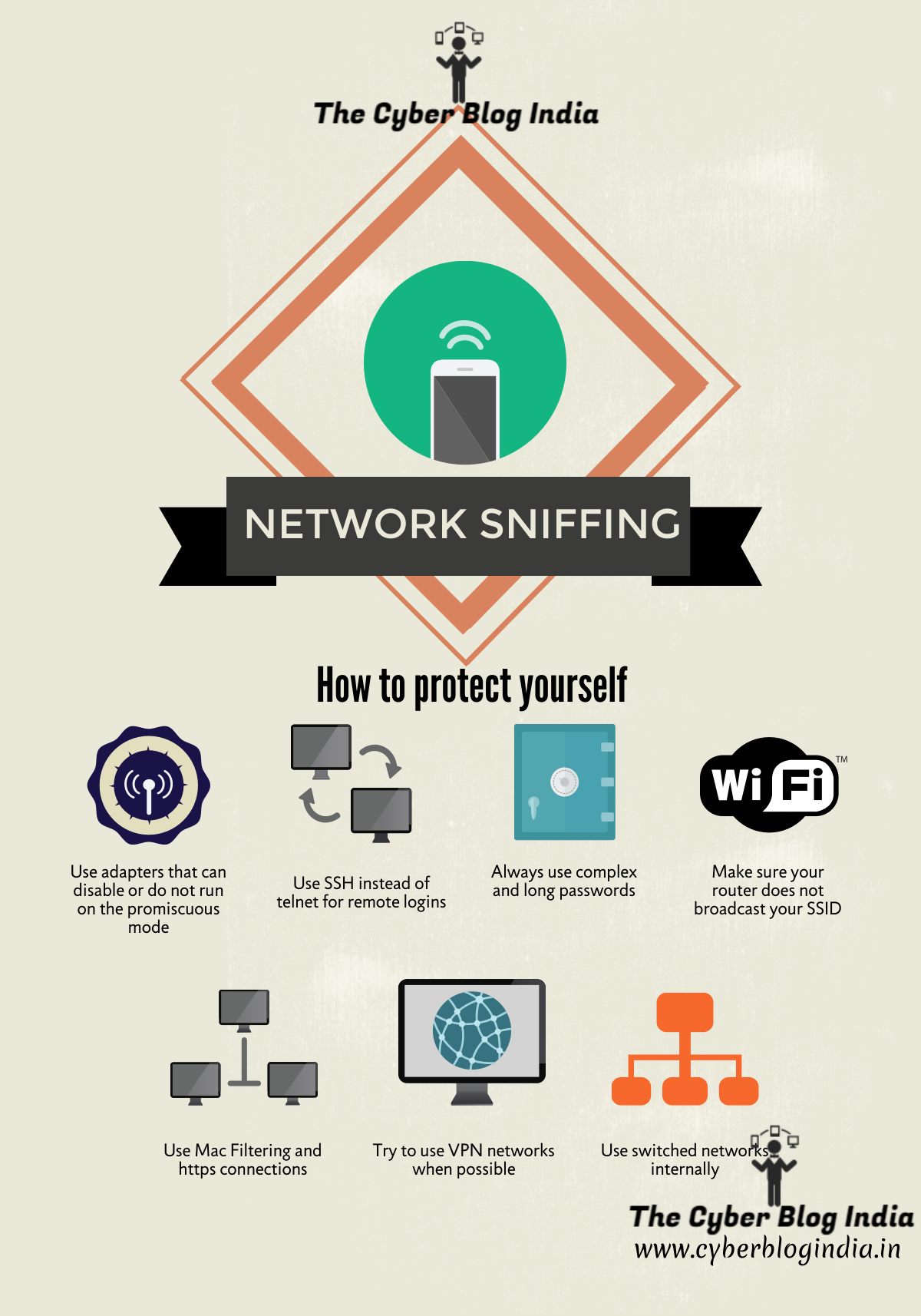 Sniffing is a common word in the everyday tongue. How about Network Sniffing as a cyber security jargon? Most of the people who are into this field know about this concept of sniffing. Let us get to understand what it really is, from the scratch.
It is the most commonly used trick you can say or science or a mechanism(whatever suits you) used by prying hackers. It involves

Now, for those who don’t know, packets are the lifeline of internet communication. They are the messengers that carry information. Like in old days if somebody could catch a pigeon that carried a note, they would get to read it. It is like that pigeon. But network sniffing is not catching the pigeon, it is just being able to read what it is carrying.

Anyway coming back, the purpose of this network sniffing can be anything from spying to serious attack planing, hacking credit card details or trying to understand the behavior of the target. Most widely it is used to acquire authentication credentials. To understand what the packet contains in depth, we should know what is the OSI Model. It is a standard followed by the TCP/IP protocol abiding by which packets are generated at one end and received and decoded at the other. They are the rules of communication and essentially are divided into layers.

That is why they say, if you are connected, You are vulnerable.

Even if your packets are well encrypted, anyone on the network sitting silently can map out your entire topography and carry out another attack like the more sophisticated Man in the middle.
Network Sniffing can either be done internally when someone is sitting on your network or on your firewall that sends packets outside or even wireless by catching packets that your transmitters send in the air.Network sniffing is a constructive activity at times also, when it is used to analyse and troubleshoot networks but most significantly it is used by hackers.
A packet is like a free bird meant to reach somewhere but it does not mean that it cannot be stored or made a copy of. A sniffer software contains its own network driver and buffer memory in order to capture a large chunk of packets. More elite sniffers are capable of analyzing the packets and converting them into more statistical data.

So how to protect yourself Talking about protection,