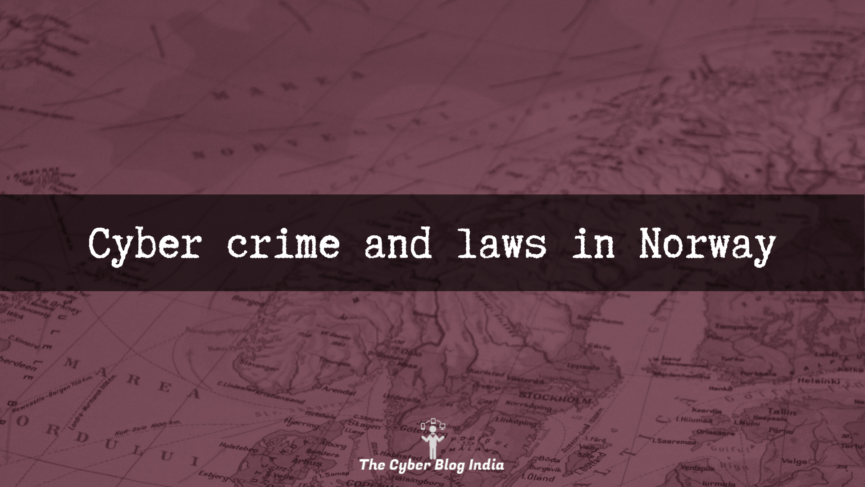 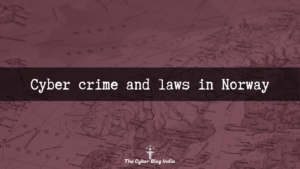 Cyber crime and laws in Norway

This is my second article in the series covering cyber laws of various countries. Through this series, the objective is to discuss what they are doing to deal with technology-facilitated crimes. The first article covered cyber crime and laws in New Zealand. In this article, I am focussing on Norway. For the past ten years, the country has maintained the highest HDI value. It topped the rankings for the happiest country in 2017. On top of this, it is one of the countries with the lowest crime rate in the world. Let’s see whether Norway has taken sufficient measures to curb the menace of cyber crimes.

Recently, Specops Software, in their research, found that the European countries are highly prone to cyber attacks. This report also found that Norway is the second safest countries as it only accounted for 1.38% of cyber attacks in Western Europe. Further, the country also paved its way in the list of top 10 countries, as per the Global Cyber Security Index (2018). On the other hand, a 2019 survey covering 886 companies found that over 45,000 cases of computer hacking, theft, and fraud were recorded. Only 1 out of 9 Norwegian organisations had an in-depth action plan.

As per Section 19, a controller has to provide the following information before collecting personal data:

The Penal Code, 2005 provides for the protection and lawful exchange of information under Chapter 21. It prescribes punishments for acts such as:

Norway is one of the most technologically advanced countries with access to the internet. 86% Norwegians use Facebook daily while Snapchat is the most popular application. A Norwegian Media Authority (NMA) survey found that most of the children above 10 years of age have access to the internet. In the age group of 9 to 18, 1 out of 4 children was a victim of cyber bullying and online harassment. Further, 13% of individuals between the age group of 13 to 18 years accepted sending their nude pictures over the internet. 20% of them received sexual comments online, which were offensive in nature.

Various local news reports have noted a startling increase in online child sexual abuse in Norway. Kripos, or the National Criminal Investigation Service (NCIS), has stumbled across thousands of IP addresses involved in the dissemination of child sexual abuse material (CSAM) online. Easier access to the internet, technological developments, and the popularity of dark web are contributing factors. To read more about regulating dark web and challenges, click here.

Over the years, Norway has consistently maintained its HDI ranking. While the crime rate remains in control, it is commendable to see various governmental and non-governmental initiatives. Like many countries, Norway also launched its contract tracing app called Smittestopp to control the spread of COVID-19. However, many privacy experts, including the national data protection authority, criticised the application due to its highly privacy-invasive nature. After this, the Norwegian health authorities suspended the application. To read more about India’s contact tracing app and privacy concerns, click here.