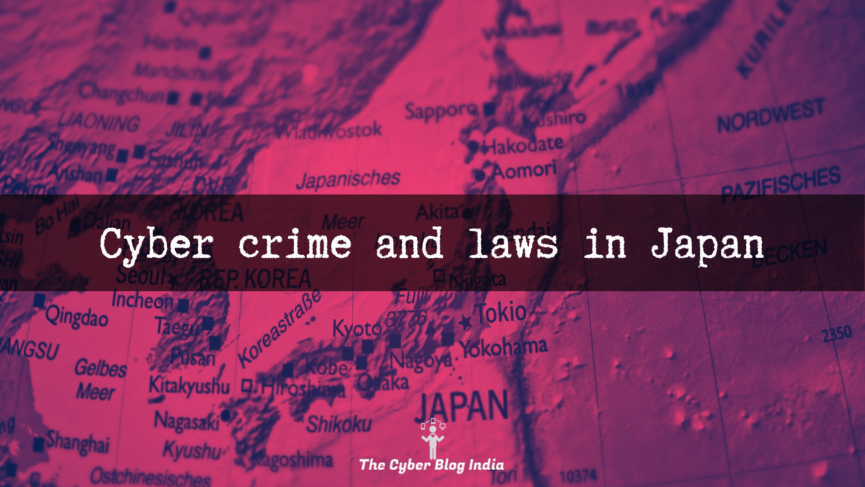 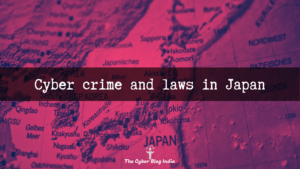 Cyber crime and laws in Japan

This is my third article in the series covering cyber laws of various countries. Through this series, the objective is to discuss what they are doing to deal with technology-facilitated crimes. The first and second articles covered New Zealand and Norway, respectively. In this article, I am focussing on Japan. The country ranks 19th in the HDI rankings. Over the years, it has been considered as one of the most literate and technologically advanced countries. It is the seventh most powerful country in the world. Overall, the country has a low crime rate, but cyber crime has shown an increasing trend. Let’s see if Japan has taken sufficient measures to control the menace of cyber crimes.

As of 2019, Japan had 119 million active internet users. In the Asia-Pacific reason, this is the fourth highest user base. Japan’s National Police Agency (NPA) recorded 130,000 cases in 2017, followed by 127,000 cases in 2018. Cyber crime caused an estimated loss of $2.1 billion to Japan in 2017. A 2018 survey found out that 40% of Japanese citizens have not heard about cyber bullying. According to NPA reports, phishing is a leading cause of online scams while child pornography is a major type of cyber crime.

2. The Act of the Prohibition of Unauthorized Computer Access Law (UCAL)

This statute disallows the following acts:

This act lays down the responsibilities of the government for maintaining and upgrading the country’s overall cyber security posture. It has also established a Cyber Security Council. This council, in coordination with support from businesses, is responsible for the implementation of cyber security measures across various industries.

5. Act on the Protection of Personal Information (APPI)

The act on “Punishment of Activities Relating to Child Prostitution and Child Pornography, and the Protection of Children” is a special legislation focussing on child pornography and related offences in Japan. This act prescribes heavy punishments for child prostitution and child pornography. Even after the implementation of this law, reports suggest that child pornography is readily available. In one prominent incident, Japanese police arrested six individuals for abusing a total of 168 minors. Victims were between 4 to 13 years of age while the perpetrators were 20 to 66 years old.

Over the years, Japan has maintained a dominant position in the global economy. While it was mostly successful in controlling the crime rate in the country, cyber crime has appeared to be a prominent issue for the country. As per my initial research, the existing legal framework is sufficient. However, there is always a scope for modifying the current laws and introducing new laws to match the pace of technological developments.