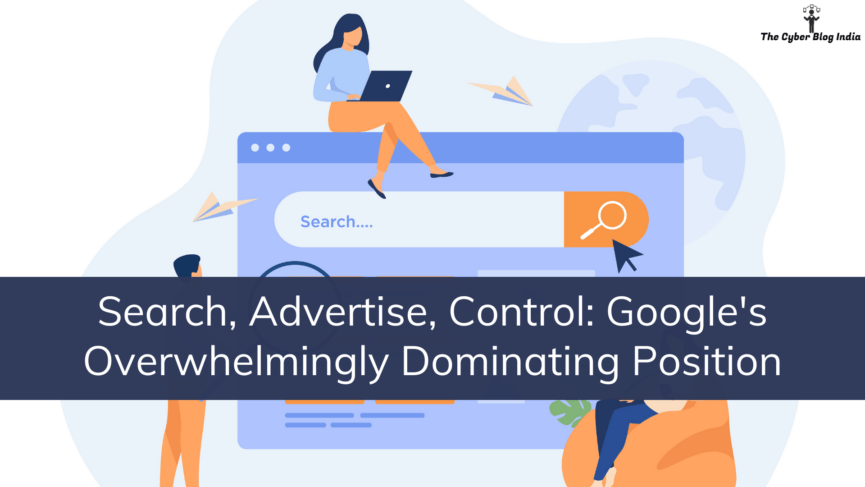 The competition among individuals and companies is an integral part of the market’s churning in the internet space. However, if such competition turns dystopian, it may disturb the working of the market severely. Therefore, it becomes essential to differentiate between what is competitive and what is anti-competitive. Being competitive is equivalent to being the best, providing the best quality at the most inexpensive rates, and so on – to attract the most customers. Being anti-competitive is leveraging your market power to eliminate prospective competitors so that you do not have to work as hard to be the best. The cornerstone of competition law and anti-trust committees is to ensure that no one or more than one party introduces market barriers for newer and better products/technology to enter. A Department of Justice lawsuit claims that Google has robbed Android device consumers of robust competition on the Play Store.

Other claims contend that Google chose a succession of mandatory one-sided contracts and unfair practices to achieve such a dominant position. This has created hurdles for other plays to enter the market and advertise their products or services. However, a common thread in all three complaints that I will be discussing is the allegation against Google. It is alleged that Google has engaged in anti-competitive behaviour to maintain its near-monopolistic position rather than winning on the merits.

The US Department of Justice has sued Google for allegedly monopolising the internet search and ad markets. This is one of the most high profile anti-trust cases in the US today. The charges do not mention Google’s targeted advertising business, but they highlight its involvement in search and advertising via its search engine. In terms of anti-trust lawsuits in the US, this is the second-largest case ever. The first case occurred in 2001, wherein the Federal Trade Commission (FTC) filed an anti-trust suit which they eventually negotiated. FTC, in another case, filed a case against Google in 2013 for introducing a change in their AdSense policy. Eventually, Google paid a massive fine and modified its AdSense policy. Similar cases have been filed in the European Union wherein Google has been issued fines of up to €4.3 billion for anti-competitive practices.

In the latest 2020 report, the US government anti-trust panel has claimed that Google formed a wide-ranging monopoly favouring its services and demoting rivals. The House Judiciary Subcommittee on Antitrust released its findings on Big Tech’s competitive behaviour. It found that the company has maintained its market dominance over multiple markets. Moreover, this dominance ranges from search to advertising to maps by preferring Google’s own services and demoting third parties. This study warned of possible unfair behaviour in its burgeoning cloud business and its possible Fitbit purchase. The Subcommittee has found that Google is by far the most prominent provider of general internet search. It accounts for 81% of all search queries on desktop and 94% on mobile phones. The preliminary investigation has resulted in three cases.

The first complaint filed in October 2020 is the smallest of the three. It contends that Google has used anti-competitive practices to safeguard its general search monopoly and prevent other search engines from gaining a foothold. This case, in particular, details Google’s efforts to ensure that it is the default search engine on browsers and devices. For example, Google has paid Apple up to $12 billion per year for making Google Search the default on Safari and iPhones. According to the lawsuit, Google has a firm grip on the search industry. It will keep on generating more search advertising revenue and paying out. The Department of Justice claims that this is an illegal plot to keep Google’s search monopoly.

More than thirty states have filed the second and third complaints about Google search. The second complaint claims that Google has exploited its monopoly over the general search, commonly referred to as Googling. Google has discriminated against competitors in the vertical search market, such as Yelp and Kayak. Google’s goal is to start all of the queries on their platform instead of going to a vertical search website or app. Vertical companies are in a challenging position because if consumers cannot discover them quickly through Google, they may not find them at all. States have claimed that this is illegal since the goal and impact are to retain Google’s market share rather than leading consumers to the best results.

The focus of the third case is on Google’s stranglehold over digital advertising. According to multiple assessments, Google owns or controls more than 90% of the digital advertising supply chain. If you see an advertisement on a website or app, the publisher has likely used Google to acquire such placement. Moreover, such publishers use Google to make the ad space available and sell them through an automated auction. With one party representing both the buyer and the vendor while at the same time controlling the marketplace, it leads to an apparent conflict of interest. As per the states’ case, Google uses its advertising pipeline control to impose unfair terms on advertisers and publishers. This leads to discrimination against competitive ad tech firms. It further prevents them from deriving more benefits due to more intermediaries in the market.

Moreover, in exchange for preferential treatment in Google-run ad auctions, Google has made a pact with Facebook to ease competing with its ad business. If that is the case, such a pact will violate Section 1 of the Sherman Act, which prohibits such partnerships between businesses.

While Google faces a possibility of future breakups, it may take a few years before we see any substantial settlement. Even if the new lawsuits make their way through the courts, there is no assurance that the judge will grant something so harsh, even if they rule in favour of the government. It is also possible that the courts can combine multiple claims against the company. In the Department of Justice claim, the bipartisan coalition is already hinting that it will file a motion.

New legislation can make the courts more sympathetic to the governments when such situations are on the horizon, but they are not a threat right now. This is probably why Google’s stock price has not reacted to the new litigation. Alphabet, Google’s parent company, has seen its stock grow by 30% in 2020 alone. Investors have grown accustomed to the company’s scrutiny, and they have factored in the risk already. While these cases continue, Google will be scrutinised for every move and acquisition it makes. Many think that the DoJ’s cases against Microsoft in the 1990s and early 2000s deflected attention away from Google.

Google will need to devote a significant number of time and resources to defend these large suits. This will be similar to what Microsoft did more than two decades ago, which distracted its management enough to allow internet upstarts like Google to flourish. Regardless of who prevails in the court, repeating the same dynamic could drastically change the tech industry. Even though these cases are a first of their type, swift action is unlikely. However, there can be a spiralling effect. Each country would need to investigate by itself, if Google was involved in an anti-competitive practice. Regulators will undoubtedly be interested in investigating Google’s actions.

Will Google, however, be responsible for the same problems all across the world? This remains to be seen.