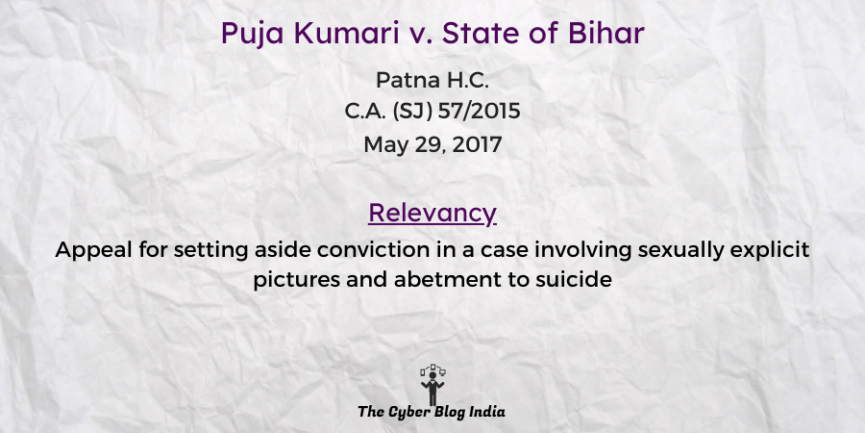 Relevancy of the case: Appeal for setting aside conviction in a case involving sexually explicit pictures and abetment to suicide