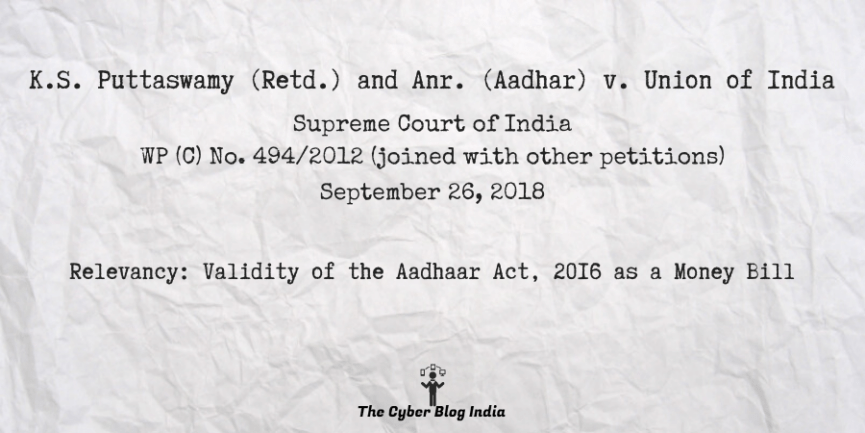 Relevancy of the case: Validity of the Aadhaar Act, 2016 as a Money Bill