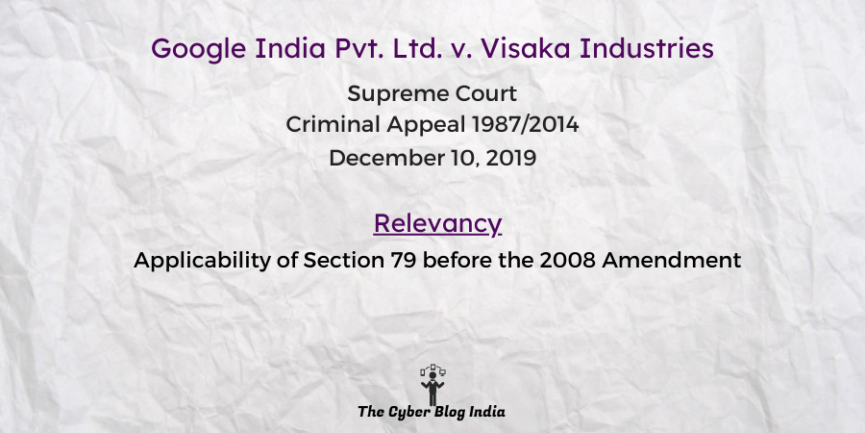 Relevancy of the Case: Applicability of Section 79 before the 2008 Amendment