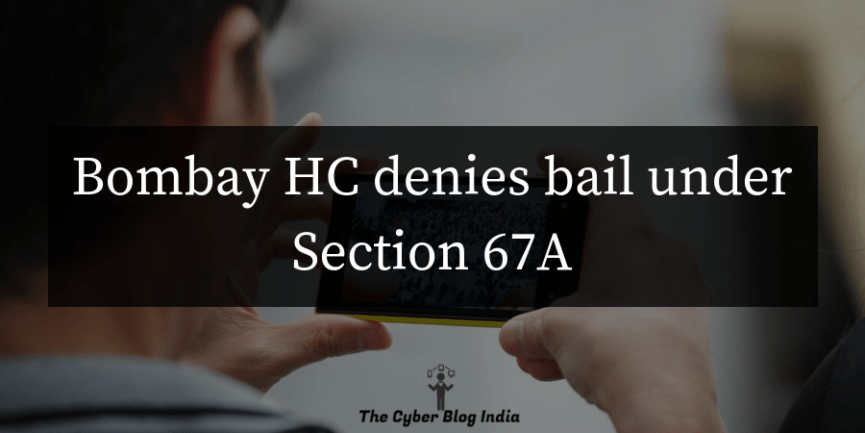 In the case of Akshay Sripad Rao v. The State of Maharashtra (CrBA 2304/17), the accused is facing trial (RCC 1171/2017) before the Judicial Magistrate First Class, Nashik for offences under Section 67, 67A of the Information Technology Act, 2000 along with Section 354A, 354D of the Indian Penal Code, 1860. He had filed a bail application before the Bombay HC under Section 439 of the Code of Criminal Procedure, 1973.

Facts of the Case

Justice Anuja Prabhudessai, who was presiding over this case, made following observations –

Based upon the above opinion, the honourable Judge did not find this case as a fit case to be granted bail at this stage of the trial. Further, the lower court was accordingly ordered to frame the charges and record the evidence of the victims within a period of four months from the date of this order.

The increased penetration rate has indeed widened the attack surface area for the perpetrators to exploit. With the IT Act, 2000 proving to be inadequate in various dimensions, the onus now lies on the courts to ensure that appropriate remedies are given to the victims while at the same time, they are not denied justice due to a loophole or a grey area in the existing laws.

You can download the PDF file of this order by clicking here.