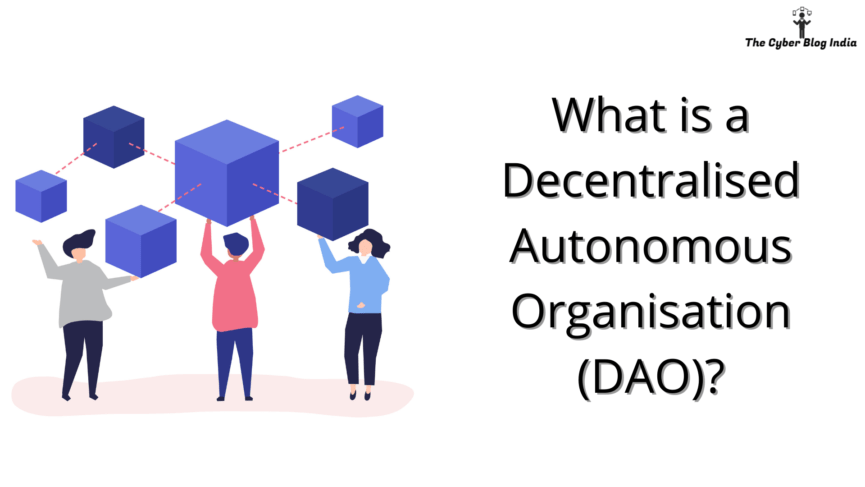 Is it possible to do business without having a physical office and a management board? Can a company function without its shareholders, employees and the memorandum of association? Can any organisation survive without having even one physical meeting? Doesn’t it seem impossible? Well, it may seem unreal, but it is not. The idea of absolutely substituting humans with machines sounds absurd until someone comes across a concept like decentralised autonomous organisation.

A DAO is similar to other business organisations like Google and Microsoft except for its autonomous nature. These organisations work independently of any human intervention. Today, DAOs have a scarce presence across the globe. However, it may become a reality soon with the further developments in blockchain technology. Most likely, decentralised autonomous organisations (DAOs) are here to disrupt traditional business functions.

The internet allows people across the globe to connect and form groups, forums or associations. Generally, the group consists of like-minded people. Participants of a DAO agree to a set of rules for the governance and decision making procedure. Consequently, a smart contract that incorporates the agreed rules on the supporting public blockchain comes into existence. The smart contract reduces the burden of completing small tasks like paying invoices and placing orders. Subsequently, it helps in the autonomous functioning of the DAO.

Role of Blockchain in a DAO

Through DAO, individuals agree to run a business or undertake an activity without meeting in person. The organisation’s formation requires a high level of trust among members. Since no one can judge the veracity of members on the internet, blockchain technology helps maintain a secure environment for the functioning of DAOs. To read more on how blockchain works, check this article.

Structure of a DAO

A DAO functions with the help of various interconnected autonomous smart contracts on the blockchain. Unlike traditional organisations, a DAO does not have any hierarchical management system. Technically, there is no boss to run the organisation. Regardless of the time of joining, every member of the organisation is given sufficient opportunity to contribute to the decisions through voting.

Finances and Ownership in DAO

There are two types of ownership in DAO, token-based and share-based.

A programming code written on the smart contract governs the organisation’s functioning. Smart contracts implement the rules without any human intervention. For instance, members of a DAO can modify the code by amending the code. Amendments require the member’s votes on a proposal. While we say that DAO functions completely without human intervention, humans still intervene for giving directions and guide a DAO.

The community members of a DAO prepare the source code in line with their mutual agreements. This source code remains available in the public domain. Every new member joining the organisation agrees to code and gets a fair and equal opportunity to shape the organisation. Unlike a traditional organisation, there is no board of directors and top-level management. Since all the members are on the same pedestal, each person has the liberty to express their ideas. Members collectively control and manage the organisation.

What is the future of DAOs?

DAOs in connection with cryptocurrency can be a revolutionary combination. It has so far witnessed an ascending graph with the development of decentralised finance (DeFi). The future of DAOs appears to be bright in the light of technological developments. However, there are concerns over legality, security, and governance. The probability of hacking increases if there are loopholes and vulnerabilities in the source code. Further, eliminating humans from the functioning of every business organisation may not be possible at this point. For DAOs to be successful, they require increased acceptance from the global community and availability at affordable costs.