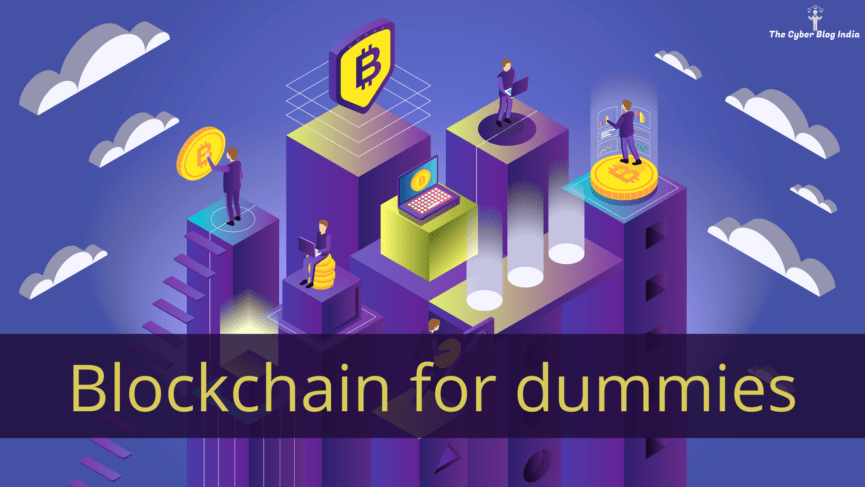 In 2022, it will be silly to ask you if you have heard about Bitcoin, Dogecoin, Shiba Inu, and other cryptocurrencies. A cryptocurrency is a form of digital currency that runs on Blockchain technology. Blockchain is a system for recording and transacting information. It is named ‘blockchain’ because it consists of blocks storing information. This system was unused for the longest time until Satoshi Nakamoto adapted it in 2009 to create Bitcoin. Many people believe that blockchain is a system solely used to store cryptocurrency. This misbelief is primarily because cryptocurrency as an application became popular earlier than blockchain as a technology.

The blockchain system is also used for securing and transferring anything from Bitcoins to property, contracts and other valuable documents since it is difficult to tamper or hack the system.

This way, they do not involve a third-party intermediary like a bank. The three parts of blockchain are:

The record: The information stored/transacted (The black box)

The block: A group of all the records (The blue box)

The chain: A bundle of blocks linked together (The arrow links them and forms a chain)

Chain of blocks in a blockchain

What does a block contain?

By now, it is clear that every block in the blockchain contains several recorded information transactions. The first block of the chain is the genesis block. Every new block links with the previous block to form a chain. It is difficult to modify the previous blocks when adding a new block, making them more secure.

Each block has data; an alphanumerical value called hash and the previous block’s hash. Hash is like a fingerprint that gives a unique identity to the block. Once you record the data inside the blockchain, it is difficult to alter the information. It is because the hash value identifies the contents of the block. Hence, if the contents change, it will cause the hash to change. With that, the block’s hash value containing the altered information and the previous block’s hash value in the next block becomes different, making all the blocks invalid.

Who is in charge of a blockchain?

Why is blockchain popular?

Blockchain technology has become the talk of the town as cryptocurrency, one of its applications, has become a trendsetter. Reasons for the popularity of this technology are:

While the world is in awe of this emerging technology, it comes with certain drawbacks. They are:

Using blockchain technology sounds exciting. Just like how cashless transactions turned into a reality from a dream, using blockchain to send money may turn into one happy reality. Blockchain has other applications, including smart contracts, copyrights, healthcare, land records management, and finance. Analysis shows that there is a broad scope for improvements. The major hurdle to overcome is the lack of knowledge. The technicalities involved are why many people hesitate to show interest in the technology. It means that there is a long way to make this a standard technology. As time tells us, any innovative step with the advent of technology would face a lot of apprehension in people’s minds.

The developments in this system must be slow and steady because gaining the public’s trust in the technology is essential rather than suppressing the process. To conclude, any mala fide intention while using blockchain should be thwarted at any cost. At the same time, how effectively the blockchain can be put into use and seal all possible loopholes in the system should be studied so that the country’s economic system is not put to a risky test.

4 Comments on “Blockchain for dummies”