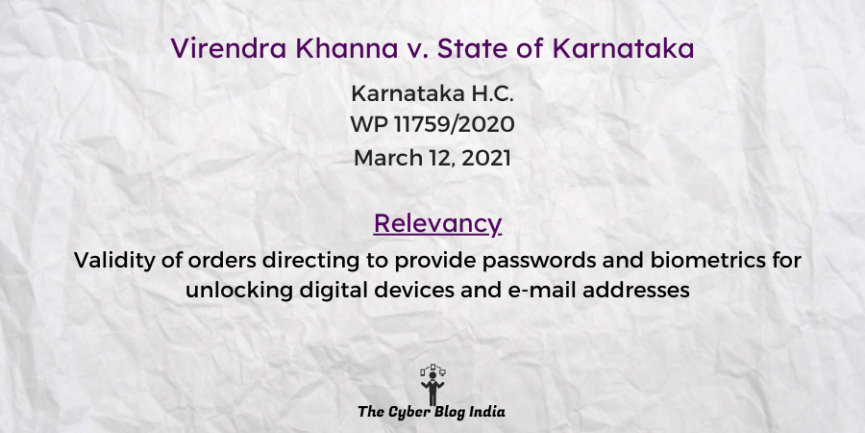 Virendra Khanna v. State of Karnataka
In the High Court of Karnataka
WP 11759/2020
Before Justice Suraj Covindaraj
Decided on March 12, 2021

Relevancy of the Case: Validity of orders directing to provide passwords and biometrics for unlocking digital devices and e-mail addresses