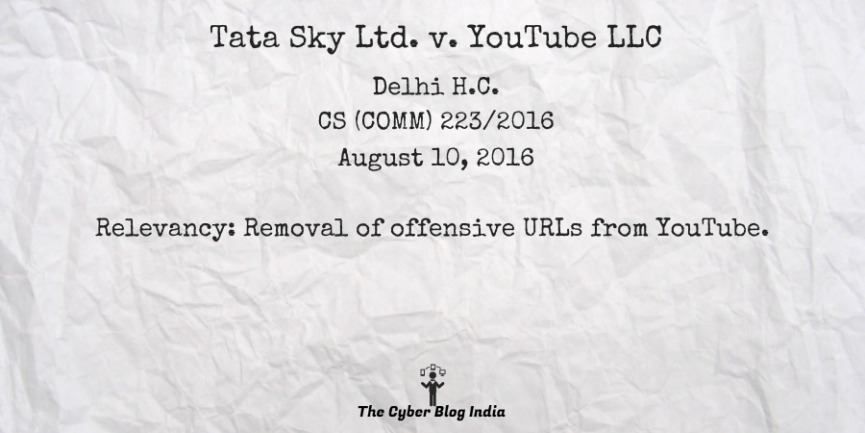 Relevancy of the case: Removal of offensive URLs from YouTube.