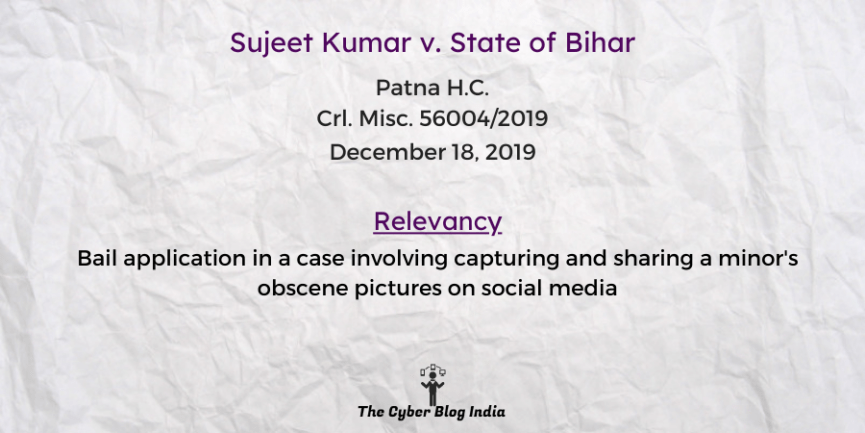 Relevancy of the Case: Bail application in a case involving capturing and sharing a minor’s obscene pictures on social media