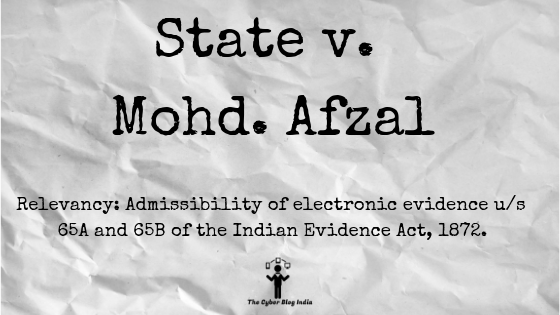 Relevancy of the case: Admissibility of electronic evidence u/s 65A and 65B of the Indian Evidence Act, 1872.