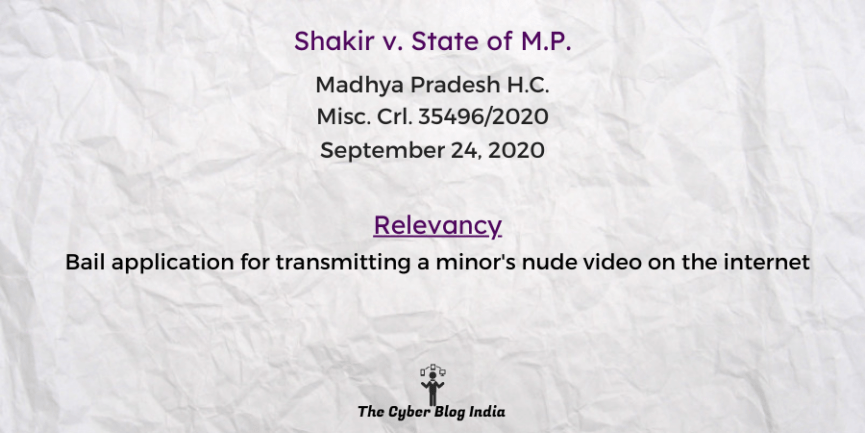 Relevancy of the case: Bail application for transmitting a minor’s nude video on the internet.