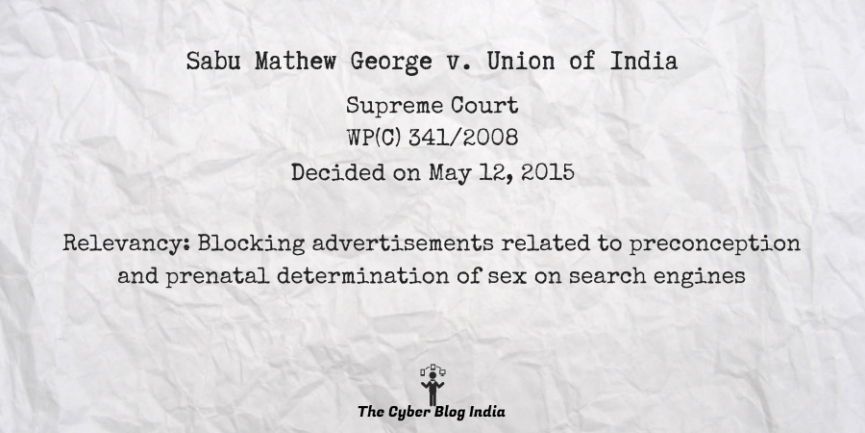 Relevancy of the case: Blocking advertisements related to preconception and prenatal determination of sex on search engines