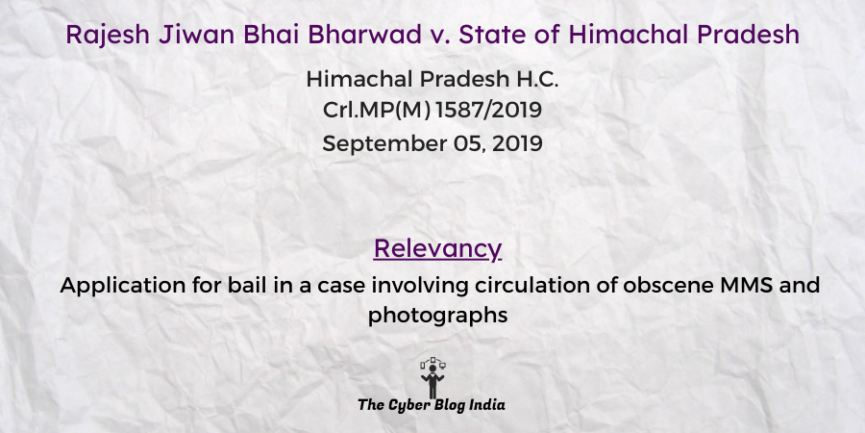 Relevancy of the case: Application for bail in a case involving the circulation of obscene MMS and photographs