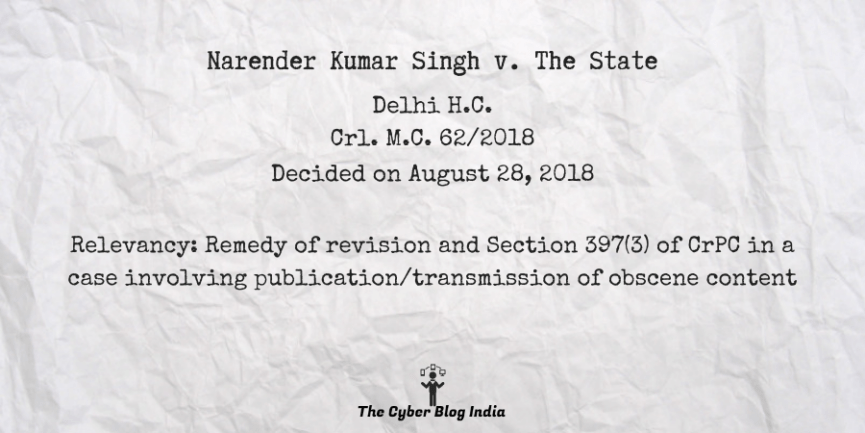 Relevancy of the case: Remedy of revision under Section 397(3) of CrPC in a case involving publication/transmission of obscene content