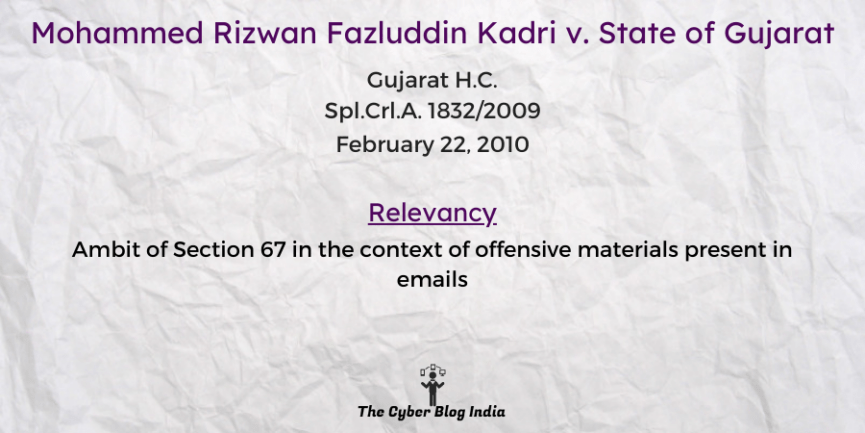 Relevancy of the case: Ambit of Section 67 in the context of offensive materials present in emails.