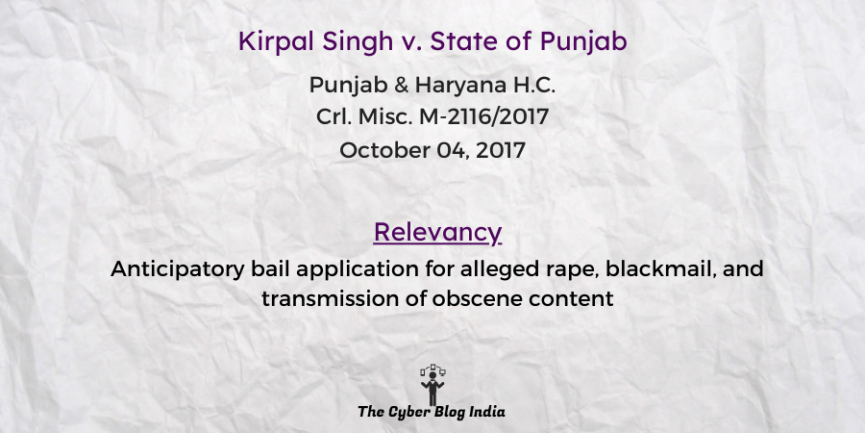 Relevancy of the case: Anticipatory bail application for alleged rape, blackmail, and transmission of obscene content