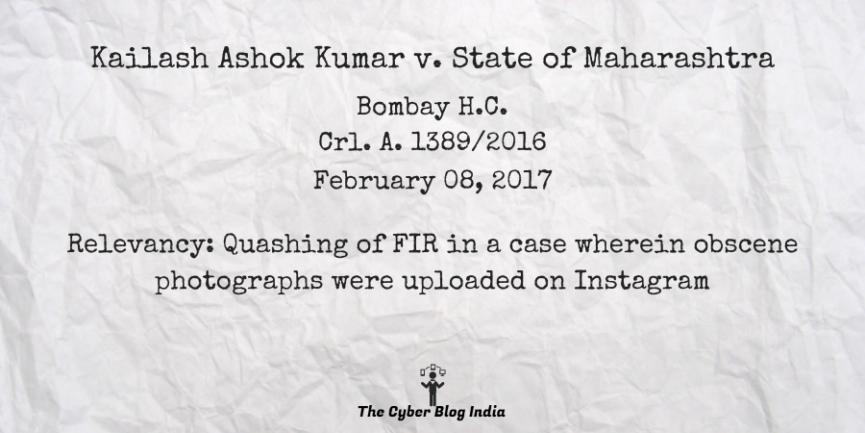 Kailash Ashok Kumar v. State of Maharashtra
In the High Court of Bombay
Crl. A. 1389/2016
Before Justice A S Oka and Justice Anuja Prabhudessai
Decided on February 08, 2017

Relevancy of the case: Quashing of FIR in a case wherein obscene photographs were uploaded on Instagram