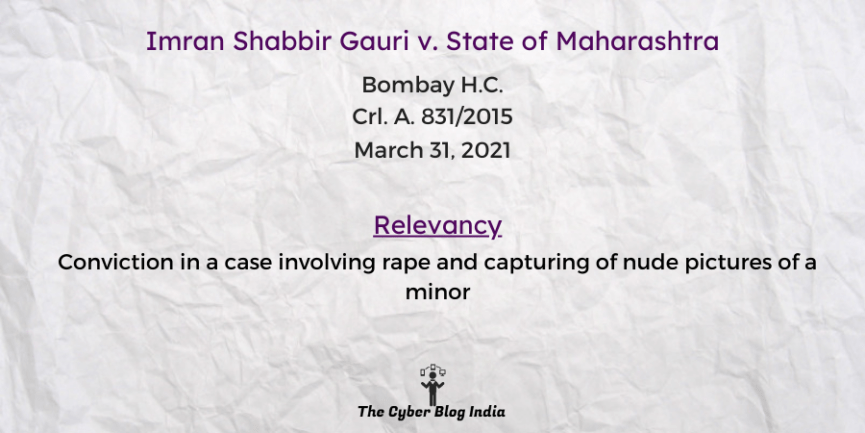 Imran Shabbir Gauri v. State of Maharashtra
In the High Court of Bombay
Crl. A. 831/2015
Before Justice Prasanna B Varale and Justice S M Modak
Decided on March 31, 2021

Relevancy of the case: Conviction in a case involving rape and capturing of nude pictures of a minor