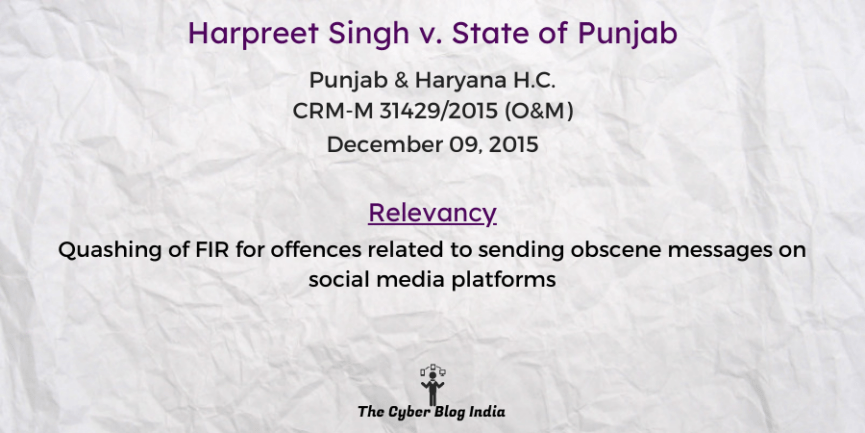 Relevancy of the case: Quashing of FIR for offences related to sending obscene messages on social media platforms.