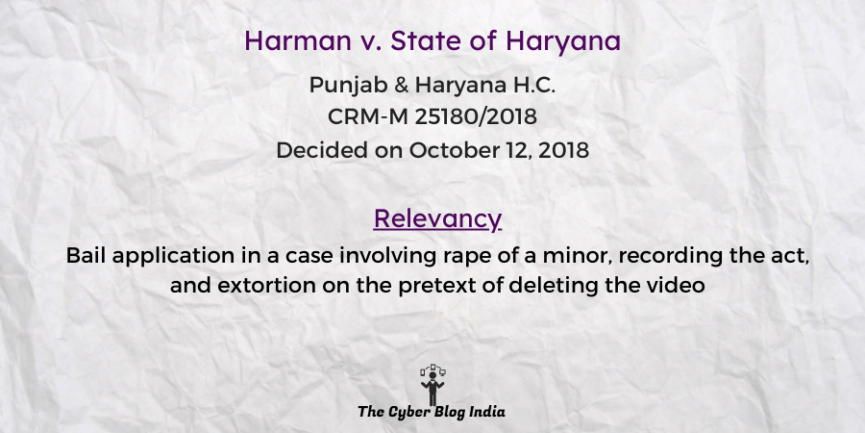 Relevancy of the Case: Bail application in a case involving rape of a minor, recording the act, and extortion on the pretext of deleting the video