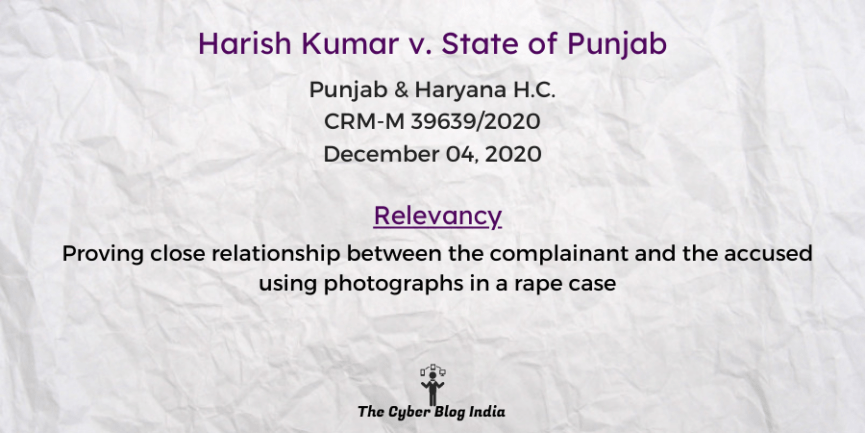 Relevancy of the Case: Proving close relationship between the complainant and the accused using photographs in a rape case