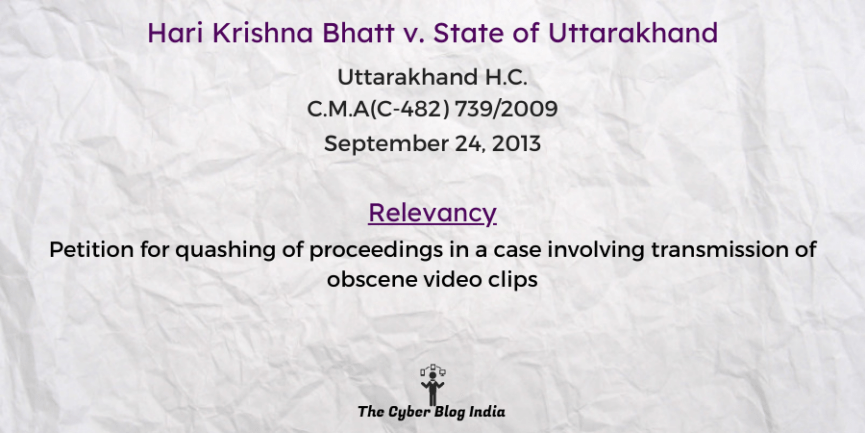 Relevancy of the case: Petition for quashing of proceedings in a case involving transmission of obscene video clips