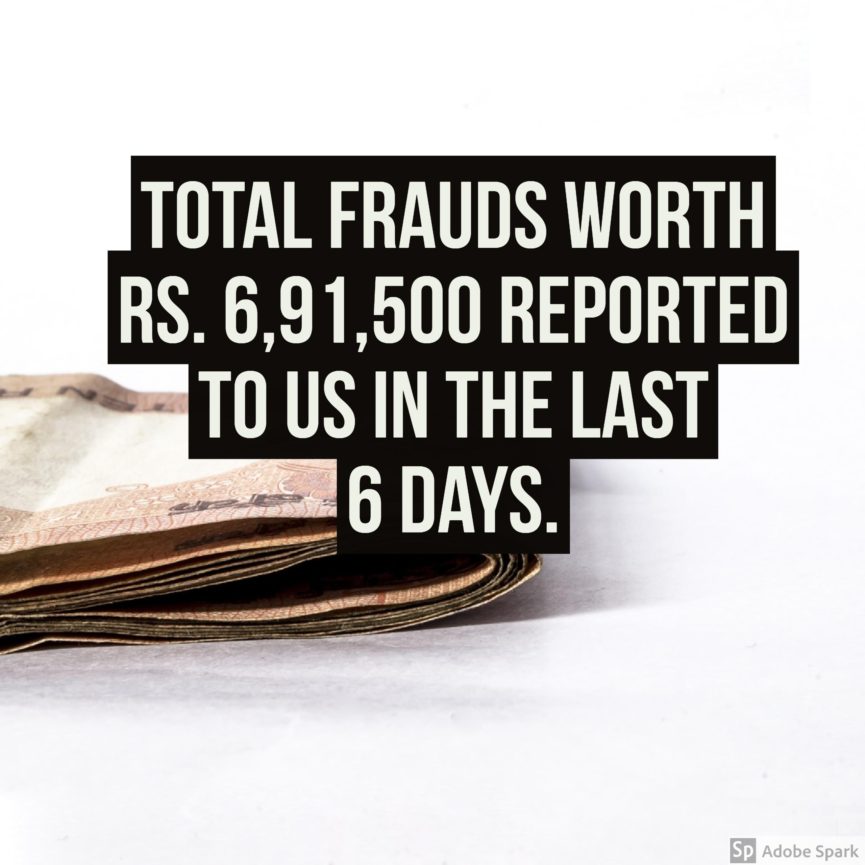 I’d say good luck to you if you are a victim of a financial cyber crime in India and looking for a recourse. When I say financial cyber crime, I refer to all sets of crimes that include vishing scams, ATM skimming and fraudulent withdrawals and transactions. For someone who is visiting our website for the first time, please check out the stuff that we do to help victims of cyber crime across the globe. Through our continued efforts, we have done as much as possible within the legal ambit that we can in helping people and getting back their money.

If you are a financial cyber crime victim and the amount of your loss is more than at least 5 lakhs, the police is going to help you perhaps. But if you have just lost some few thousands like Ms. Sonam Mehrotra did (more on the case towards the end), the thana police, the bank, the payment wallets or the Superintendent of Police are not going to bother. Over the last 2 years we have dealt with thousands of cases of financial cyber crimes, been able to get the money back in some and some are still stuck in the system. But over these years, we have been trying our best to help citizens get their money back.

What does the police do?

All (I’m not saying most now) of these frauds that happen over phone are traced back to West Bengal, Chhattisgarh, Jharkhand or Bihar. The ones involving ATMs have no physical boundary. At the stage when this is found out, the local police officer says to the victim one of these things:

“It is a case of cyber crime sir, you know how cyber crime is, it doesn’t get solved. No point of wasting your time on such matters, forget about the money”

“We are in Delhi right now, sending a police officer to West Bengal for your 30,000 will cost a lot more than you can AFFORD.”

“Sorry, we cannot file the FIR right now, go to your bank and file a complaint”

In none of these cases is a FIR registered and the victim is hung in the middle between bank and the police, each one of them telling the victim to go to the other.

Where is the money?

At this stage, the money is in the mobile wallets that do not care a bit about these phony accounts or proper KYC for them. Huge amounts of money are moved into and out of these accounts everyday and there is very little check. If the police, banks and wallets and other services act fast, they can stop fund transfers and refund the money to the victim.

In the case of Ms. Mehrotra, she spent a week at stretch trying to reason it out with the police, the bank, OLA money, PayTm and Union bank to stop the transfers from happening. She lost money because her mother in her innocence gave away the OTPs to a fraud caller. This was however reported within 30 minutes and the money could have come back well within time. I spoke to the SP in Shahjahanpur myself, to which all he had to say was, “Send the victim to me, I will see.” When the victim did go, he was explained that it will not be possible for the police to go to Jharkhand and the money involved will be out of the VICTIM’s budget. On calling him again, he hung up the call requesting this time not to waste his time with small cases. She is still fighting the fight as you read this and has been successful in getting back 20,000 out of her total 61,000 from PayTm. At this stage she has been able to narrow down the criminal’s identity and details without any police intervention of any sort. Not just that, the criminal is active and his mobile is still in the switched on mode and being used for more such activities. She is not an isolated case, we have a list of hundreds of other victims who have lost money this way and the criminals are still active.

These scammers are targeting all verticals of the society but predominantly the senior citizens for their lack of fluency with technology or the digitally incapable that are a good 70% of the country’s population. The sad part is the figure of 6,91,500 in the six days is only what we received. I estimate that the figure would be at least 10 times more than this. All that these incidents do is raise the question whether digitization is any good if the state doesn’t have the machinery to protect victims. It is only going to create fear in the minds of people and push them to not be a part of the digital revolution in India. 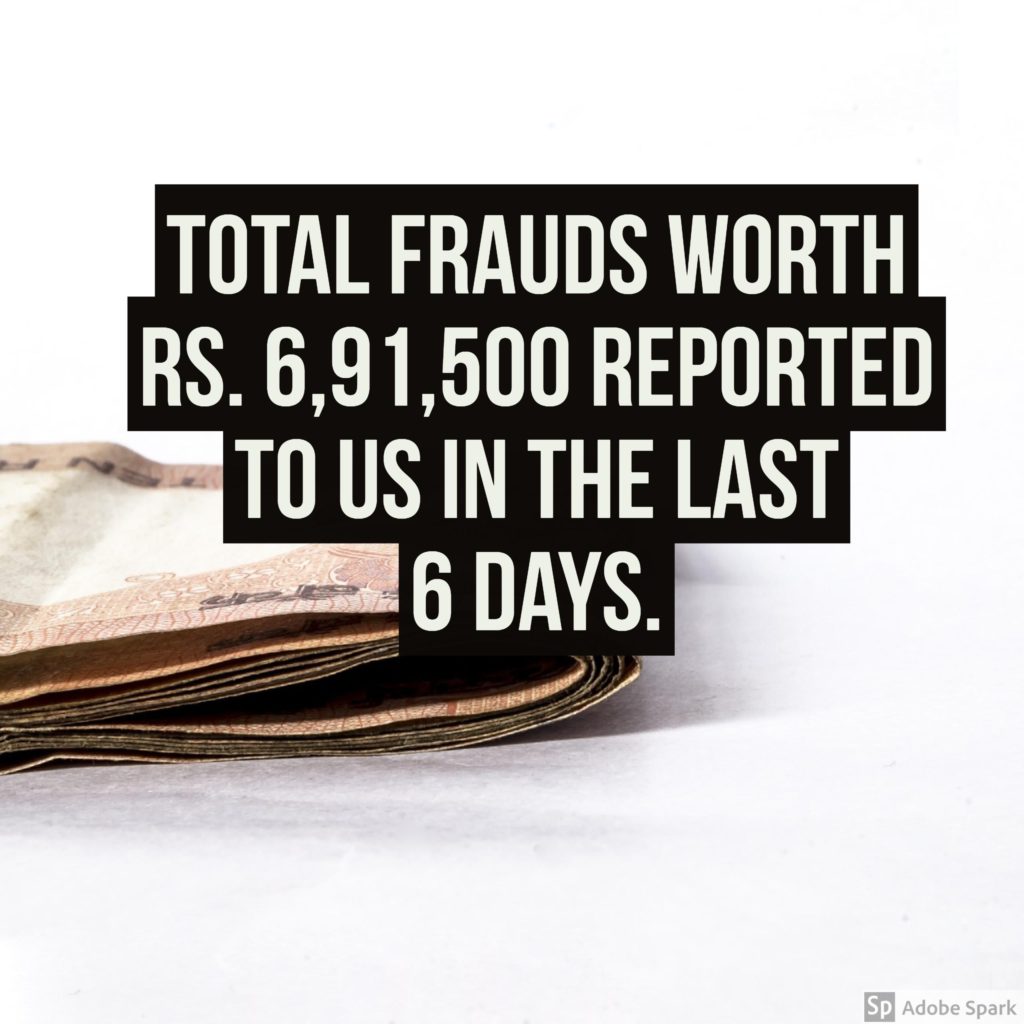 5 Comments on “Financial Cyber Crime: How the system is failing the victims”