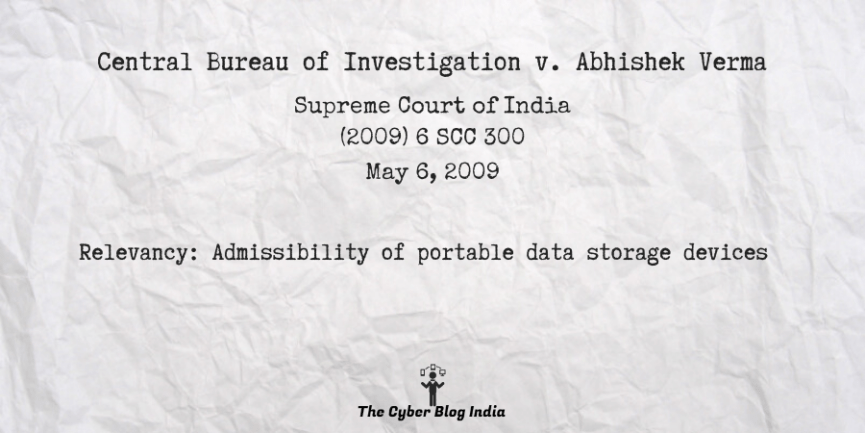 Relevancy of the case: Admissibility of portable data storage devices.