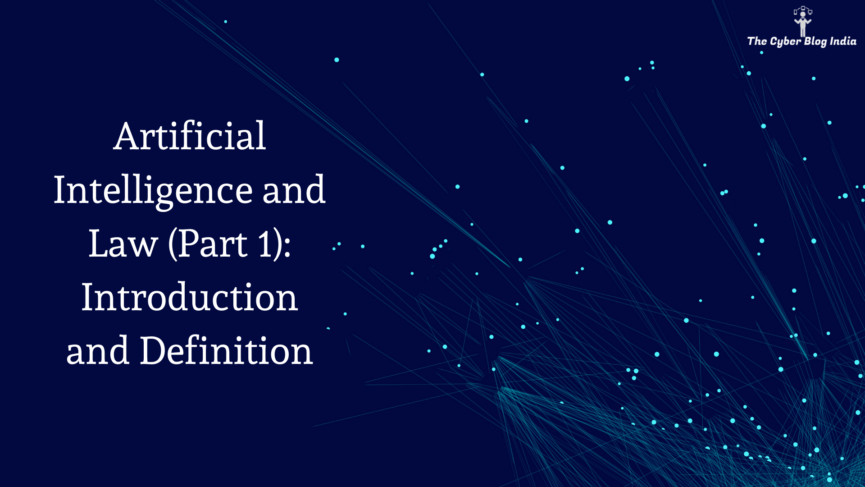 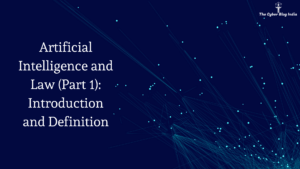 The concept of Artificial Intelligence (AI) helping human beings has been long engraved in the minds of people. The movie industry has often shown us how AI can help humanity venture far out into space, or find new ways to make their day to day life easy. Contrary to that, they also showed us the devastating impact it can have on the whole world if left unchecked or unregulated. However, they have failed to show us legal implications, time and again.

(This is a three-part series on Artificial Intelligence and Law. You are currently reading the first part. Links to other parts are available at the bottom of this article.)

As a legal professional, one may have several questions related to the legal enforceability of the whole premise of AI such as:

If you are reading this article, I would like to draw your attention to the implementation of AI-based applications and how they will be adopted. If applications of AI are considered in the context of legal services, AI is capable of going through thousands of words and files in a few minutes. To do the same amount of work, a legal professional may take a day or two. AI can seamlessly automate and streamline daily routine tasks such as contract review, legal research, case notes, and document analysis. With this ease, there comes a fear of replacement that AI-based systems will replace legal professionals. However, the same is not the case as they can focus their time and attention into doing something much more productive. While discussing AI and legal services, it is important to mention that AI will never be able to replace someone who has years of experience, or someone who understands basic human emotions and empathy.

At present, many organisations are using AI to facilitate different types of legal services. For example, Kira Systems claims to provide accurate due diligence while analysing contracts. LawGeex is another contract analysis software relying on AI to deliver meaningful benefits. Irrespective of how advanced AI systems may get, they will continue to require human touch to ensure that false positives are kept at a minimum.

For a layman, the understanding of AI may be limited to mere robots. However, in a real sense, there is a much broader definition. J. McCarthy, M.L. Minsky, N. Rochester, and C.E. Shannon’s project titled “A Proposal for the Dartmouth Summer Research Project on Artificial Intelligence” is one of the earliest instances of research work that defined the term. Alan Turing, an English mathematician and often referred to as the father of AI gave vision to what AI is in the 1950s. In one of his papers published in 1950, he asked, “can machines think?”

AI, in a general sense, can be defined as a technology that can have basic human thinking or can produce results based on what it learns on its own. It can also mean that AI is just a way through which human intelligence can be mimicked by machines or any software it is injected in. The body is not what defines the term here, but rather the means, its capability, and its self-learning algorithm.

AI can be of two types:

Later on, Turing put forth another question that asked if technology could imitate what human beings do. At present, there is no correct answer to his question, and it is both yes and no.

Yes, as many systems can imitate essential human functions and logical thinking to an extent. For example, Deep Mind’s AlphaZero mastered the game of chase in just four hours and competed with the best programs available in the public domain.

No, to achieve human-like intelligence is reasonably complex. You can Google and find many incidents where self-driving cars have resulted in the deaths of human beings. One such incident is about the death of a passenger who left his Tesla car on autopilot mode. Before we move on to the next part of this article, as Norvig and Russel stated, AI should be capable of:

AI as a technology is expected to play a prominent role in the future. It is not a dream anymore. You can look around yourself and see its implementation. Even though it is an evolving technology, it is making a significant impact on our day-to-day lives. In the next part of this series, I talk about how AI-based applications are explored in the legal domain and how it can help a legal professional on a daily basis.

Read the second and third parts of this series:

This article has been written by Akhil Mishra. He is currently an undergraduate student at Amity Law School, Delhi.