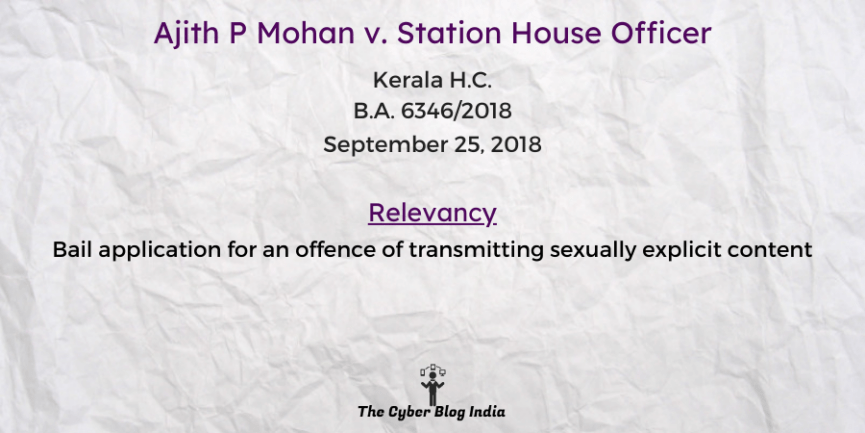 Relevancy of the case: Bail application for an offence of transmitting sexually explicit content.