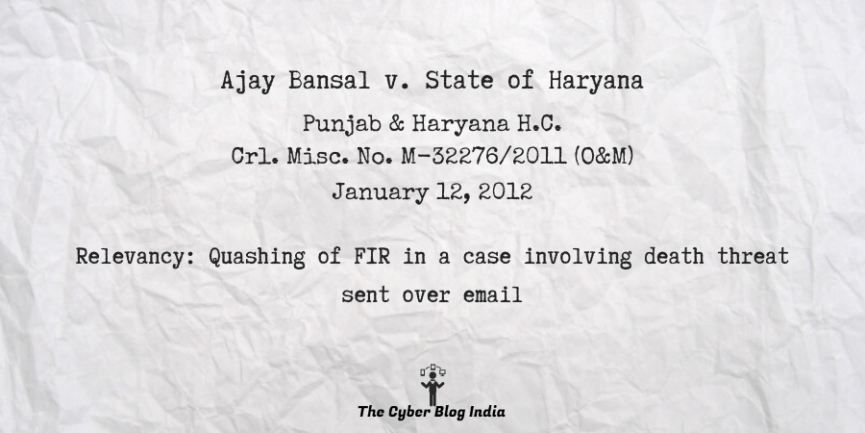 Relevancy of the case: Quashing of FIR in a case involving death threat sent over email