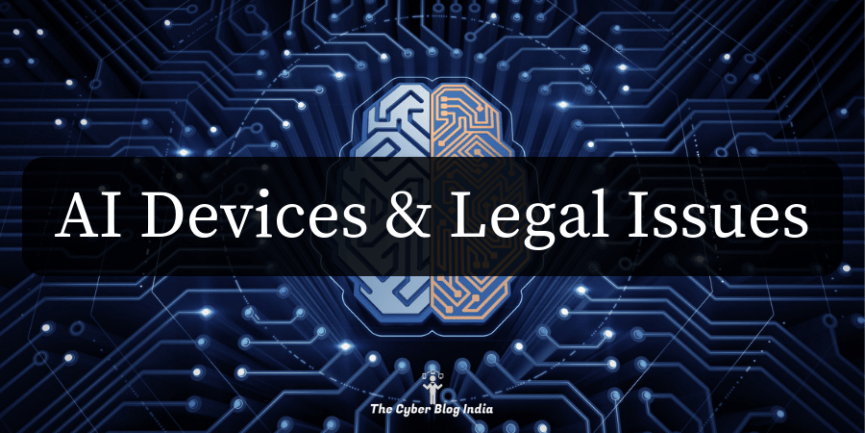 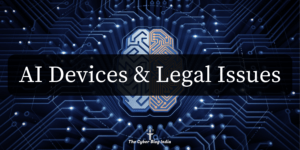 With the rapid advancements in technology, new problems and issues are arising that our IT Act and subsequent rules are unable to handle. One of such issues is AI-based devices. There are many computing devices and software which we have been using for a long time now and our law is being amended or interpreted to an extent to deal with issues regarding such technology. So, what is the problem in dealing with AI?

For answering that, we must first know what AI is. AI is a machine or a program with the capacity to tackle issues, learning from past encounters and information and changing its capacity as indicated by circumstances, much the same as humans. For example, smart cars, smart TVs, AI robots, smart house security systems etc.

The conclusion that we draw from the above definition is that an AI device has the brain of its own and consequently it can analyze its surrounding, think, judge and act accordingly. So, it becomes vital to discuss six major problems and issues before the Indian legal system with the developments in AI technology.

AI devices can think and act themselves, so who will be held liable for an offence committed by them? The software engineer of its source code, the assembling organization, the customer utilizing the device or the device itself. Switzerland confronted that very issue when an AI device purchased illegal substances on the web. Let’s take an example, suppose a road accident took place by a smart car’s negligence and some damages are caused. So, who is going to be held liable for the accident?

The law will say the one who is controlling the car will be held liable. But the car is controlling itself, so is it possible to hold car liable? Well, one may say that since the card had caused the accident, it would be best to destroy or disable it. Though it is a possible solution for small or cheaper AI devices but when we talk about an automatic car or a robot worth crores of rupees, it will not be possible to destroy them for their small though unlawful acts. For example, if a robot trespasses into someone’s property, and it is destroyed, then it will be like a death sentence to an extremely costly device just for a small trespass, reason being we are unclear whom to sue. Clearly, destruction or disabling does not sound like a good solution to this issue.

AI as a Legal Personality

The technical developments are focussed on incorporating human-like characteristics in AI devices. The United States had officially given rights and legal duties to non-human organizations; it will not be surprising that robots and machines utilizing AI device be granted the same. Facebook has already created AI intelligent enough to develop their own, non-human language. So now, a question arises that will an AI device be permitted to sue if some wrong is committed against them, or can an AI device claim land or a house.

As AI devices become more powerful, they may decrease the number of jobs for which human workers are competitive. The impact can be severe especially in a country like India where unemployment is already a severe issue as it could lead to inequality and injustice with humans. Some researchers have argued that even blue-collar and white-collar sectors will be affected. The AI-based devices are more fast, accurate and efficient in working, and hence employees can be replaced by intelligent algorithms. Many jobs requiring a bachelor’s degree can be performed by machines or intelligent software and hence they can take place of humans in the future. Individual jobs will disappear completely, and a few new types of jobs will come into being, however, the number of such jobs will be substantially lesser.

Ethics and law are deeply connected, as many legal decisions arise from the interpretation of various ethical issues. AI introduced a completely different dimension to these issues. The way human responds to a situation may be completely different from an AI device because decisions of human are affected by emotions, unlike AI. For example, if a driver-less car is passing through a road where such a situation arises that an accident is unavoidable. The question thus arises is that whose lives should take priority – those of the passengers, the people on road or neither. These problems get even more complicated in the case of robots because most of the robots are designed in a way that they learn from information received from the outside world and then act in ways that even their developers could not have assumed. Hence, unpredictability and the ability to act independently while at the same time not being held responsible for its own acts – is something definitely not ethical.

AI introduced a new set of challenges for the traditional copyright and patent laws, for example, consider that a robot developed or assisted in the development of software. Can that Robot become a joint or individual owner of the software and hence can it claim copyright? Will the robot then have an obligation to initiate proceedings in case of infringement? This again takes us back to the issue – can AI be considered as a legal personality?

Will an AI-based device be able to understand the consequences of crossing the national border? This issue may not be substantially cofounding but it might become challenging for a victim.

From Siri to smart cars to online advertisements, artificial intelligence is right now influencing every aspect of our life. The full range of rewards and risks, that emerge from the use of these advancements have not been completely investigated. Both blue and white-collar sectors will be affected by a potential loss of jobs and that the digitization (and automation) of services is a global phenomenon. This phenomenon, however, is a far-reaching and diversified field of advisory services, particularly regarding labour law and criminal law. Though there are countries which had already cleared their perspective on AI like, Saudi Arabia allowed citizenship to a robot called Sophia while on other hand California banned bots from pretending to be a human, yet, it would be desirable for the future laws, which will hopefully be secured at the international level by uniform standards, to be geared to the technological developments and the increased need for flexibility.