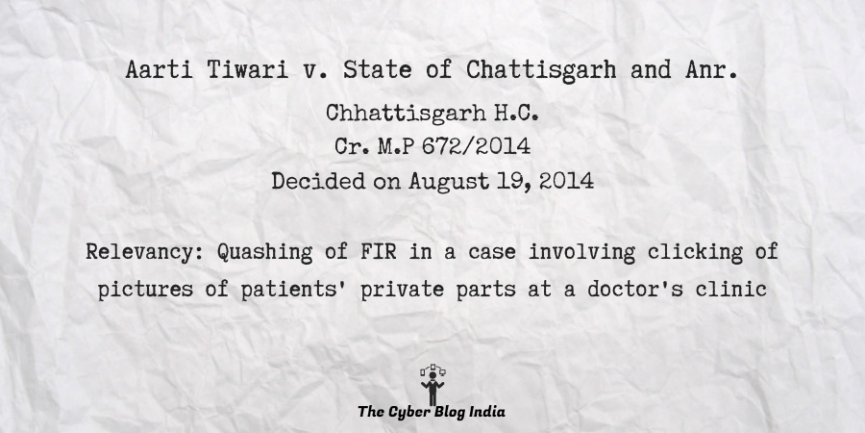 Relevancy of the case: Quashing of FIR in a case involving clicking of pictures of patients’ private parts at a doctor’s clinic