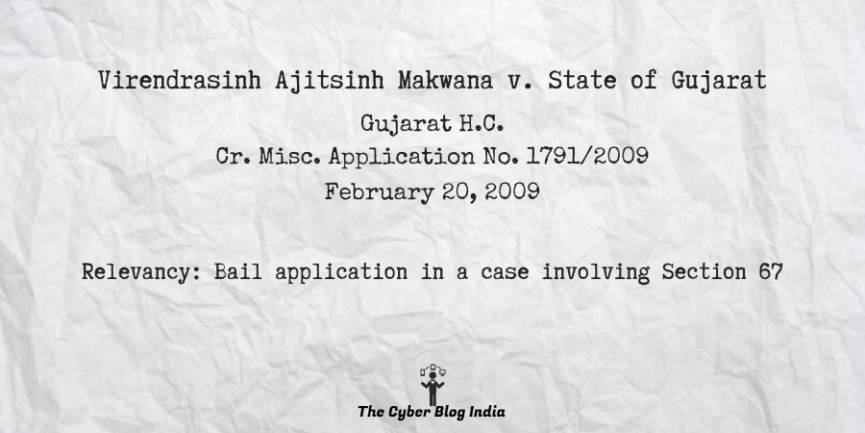 Relevancy of the case: Bail application in a case involving Section 67 of the Information Technology Act, 2000.