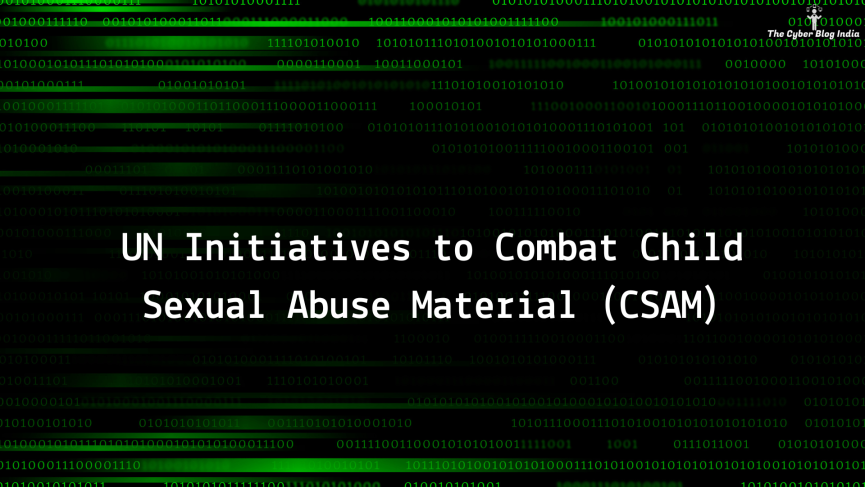 In autumn 1988, law enforcement agencies from 15 countries joined hands against the Wonderland Club, an international paedophile ring. This ring consisted of a chairman, secretary, and a managing committee. To become a member, an applicant needed to supply 10,000 self-produced sexually explicit images of children. Moreover, the perpetrators used five levels of encryption to make it difficult for others to view the actual content. This joint operation is a remarkable example of how coordinated action by law enforcement agencies can result in high-impact outcomes.

Laws across the globe continue to use the term child pornography to refer to sexually explicit content involving children. However, this term falls short of conveying the truly damaging nature of such content. Child sexual abuse material (CSAM) is a more appropriate term. The rise of the internet has provided paedophiles with an international stage and anonymity to facilitate their harmful behaviour. The global nature of this threat necessitates international cooperation to effectively combat it. To that end, this article discusses the initiatives taken by the UN to curb the menace of CSAM.

Taylor categorised types of individuals in the child pornography ecosystem under six heads:

1. Vienna Conference on Combating Child Pornography on the Internet, 1999

This conference was an initiative of the foreign ministries of the US and Austria. These countries played an essential role in the discussion as the US and Europe accounted for most internet users in 1999. This conference also saw participation from internet service providers and non-governmental organisations. Therefore, the organisers hoped that the conference would educate the masses and rally public opinion on the evil of paedophilia on the internet.

UNICEF organised the Rio de Janeiro Declaration and Call for Action to Prevent and Stop Sexual Exploitation of Children and Adolescents in 2008 with support from the Brazilian government and other stakeholders. Over 137 countries participated in this conference, including civil society organisations, academic institutions, and private sector companies. The preamble to the Rio de Janeiro Declaration specifically expresses concern about the increasing instances of sexual abuse of children on the internet. Moreover, the Declaration emphasises the role of public-private partnerships and encourages private sector companies to engage in efforts to stop the sexual exploitation of children. This Declaration also urged countries to establish independent institutions for child rights by 2013.

Child Helpline International (CHI), in association with UNICEF, implemented the LEAP project to tackle the online sexual exploitation of children. LEAP stands for Leadership in Empowering and Activating Child Helplines to Protect Children Online. CHI is a partner of the WeProtect Global Alliance, backed by the UK government, the European Commission, and the US Department of Justice. In the LEAP project, CHI reviews existing helplines and strengthens them to fight CSAM distribution online.

In 2019, ILO, UNICEF, and UN.GIFT launched a training manual for fighting the trafficking of children for labour, sexual, and other forms of exploitation. It is a comprehensive guide for personnel involved in preventive, detective, and corrective actions pertaining to the exploitation of children.

The reports from the 1999 Conference almost sound as if they were written for today’s India and, by an extension, the world. We continue to face the same problems but more pronounced and on a broader scale. Since international law does not have more than persuasive value in most jurisdictions, countries need to step up and strengthen their domestic laws with practical implementation.

UN’s role is crucial in encouraging international cooperation, especially among law enforcement agencies. This international cooperation is essential in the context of CSAM, given the boundary-less nature of the internet. However, we must consider that there is a double-speak of sorts here. Most reports are made from a largely first-world (read western) point of view. This problem was apparent at the Vienna Conference, where the discussion revolved around the issue of child pornography in Japan and Russia. Surprisingly, these two countries did not even attend the conference. Considering the participation in Rio de Janeiro in 2008, there is hope that the involvement of governments and other stakeholders will continue to improve.

Akshita Rohatgi, an undergraduate student of the University School of Law and Legal Studies, GGSIPU, worked on this article during her internship with The Cyber Blog India in January/February 2021.