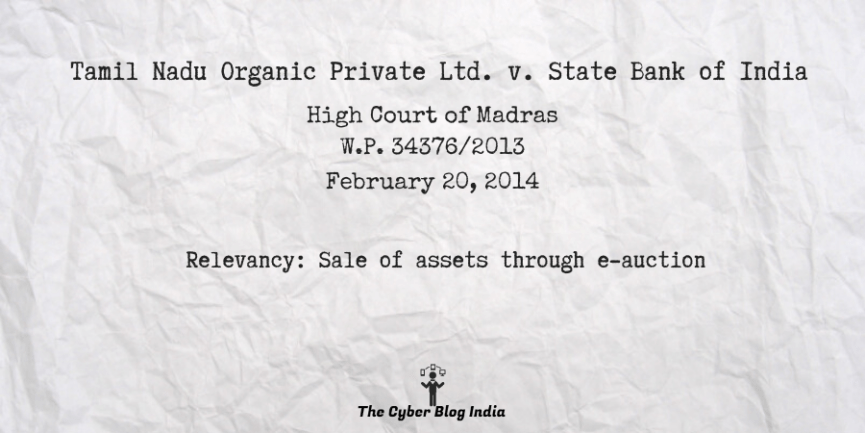 Relevancy of the case: Sale of assets through e-auction

Mr Sethuraman, Counsel on behalf of the Respondent:

Devadasan & Sagar, Counsel 1 on behalf of the Petitioner:

Mr R. Rajagopal, Counsel 2 on behalf of the Petitioner: