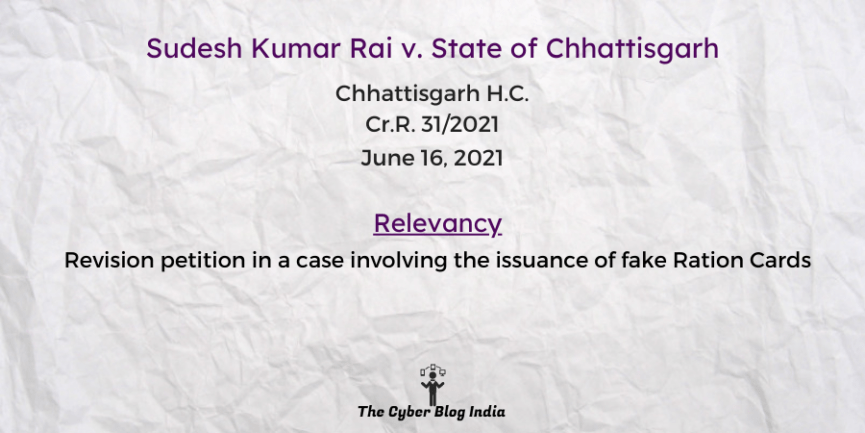 Relevancy of the case: Revision petition in a case involving the issuance of fake Ration Cards.